After Bangkok announced the closing of 26 different locations in Bangkok from March 22 to April 12, to prevent the spread of the Covid-19 epidemic, five neighbouring provinces -- Samut Prakan, Samut Sakhon, Nakhon Pathom, Nonthaburi and Pathum Thani -- followed the capital with the same measures.

Besides schools and colleges, malls with the exception of supermarkets and pharmacies, will remain closed among numerous other retail and service businesses.

Meanwhile, provinces in different regions have also announced lockdowns to prevent the outbreak of Covid-19.

A meeting of Phuket’s Contagious Diseases Committee has approved a proposal to close all high-risk places in the province from March 24 to March 31 in order to prevent people contracting Covid-19.

Khon Kaen announced shutdown measures on Sunday (March 23) to prevent the spread of the new coronavirus (Covid-19) after five cases of infection were confirmed in the province.

The following business venues in Khon Kaen will have to close down from March 23 to April 21, Governor Somsak Jangtrakul said:

▪︎ All types of educational institutes, tutoring centres and nurseries

Meanwhile, Dr Somchaichote Piyawatwela, Khon Kaen public health officer, said that the five confirmed cases of Covid-19 infection "are being treated in quarantine, while public health staff are monitoring people who have made contact with the five patients recently after telling them to self-quarantine at home,” he said.

“In the next weeks, we expect more Khon Kaen locals to travel back home from Bangkok following the shutdown policy, so we will increase staff at checkpoints and hospitals to prevent further spread of Covid-19.”

A Nakhon Ratchasima official has announced the closure of 22 public places in the province until April 22. These include: Restaurants (can open only food section, which should sell only on a takeaway basis. The food section in hotels that serve only guests can be open); department stores, except the supermarket and pharmacy sections, as well as food zones (only for selling takeaway); spa and massage parlours; slimming centres; pet spa and grooming centres; skate and rollerblade arenas; beauty salons and aesthetic clinics; theme parks; bowling alleys and arcade game centres; karaoke booths; computer and internet cafés; golf courses and golf driving ranges; swimming pools; tattoo parlours; nursery and children care at home business; elderly care at home business; amulet centres; convention and exhibition centres; markets except fresh food vendors and food stalls that are necessary for daily life; preschools, public and private schools, boarding schools, international schools, seminary schools, tutoring centres; public and private universities and graduate schools, as well as vocational colleges; movie theatres, and massage parlours. 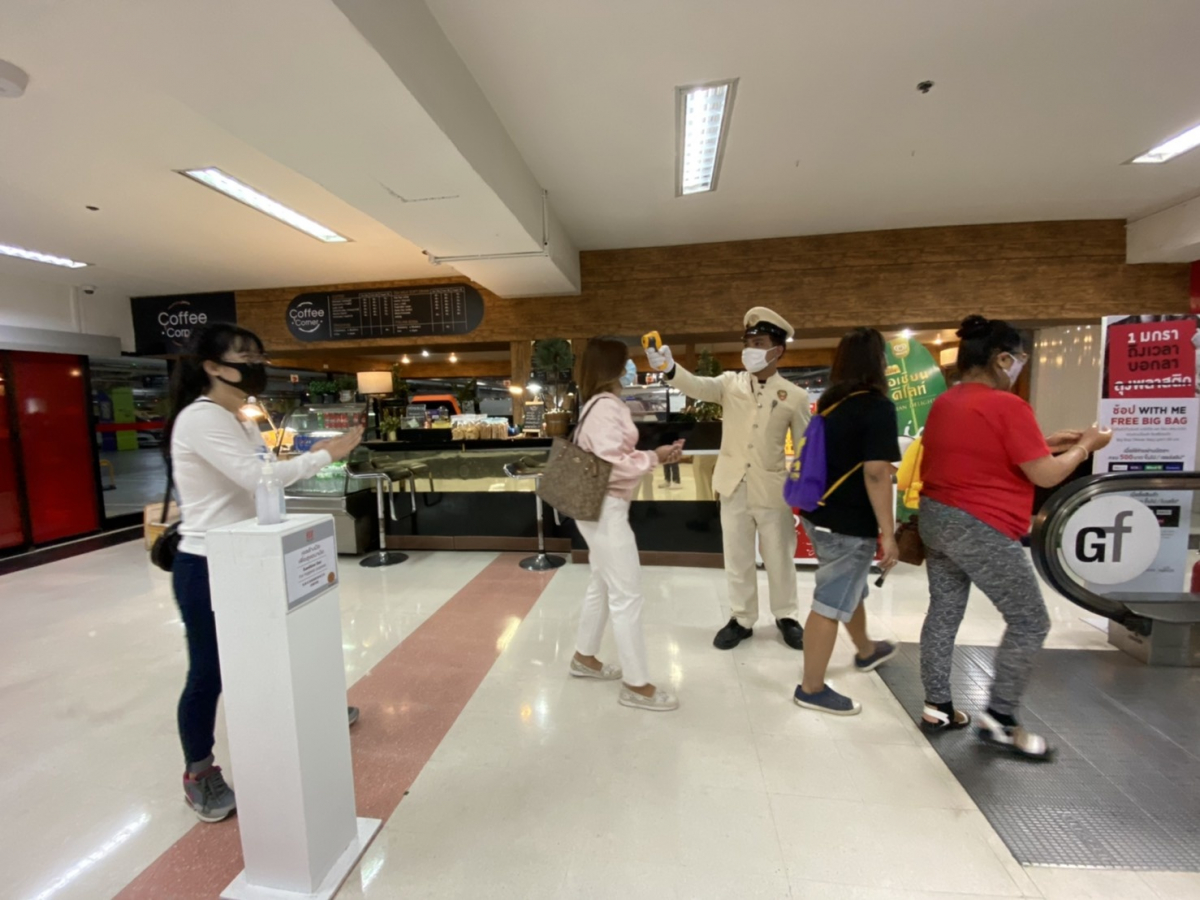 In addition, people have been told to avoid organising activities that include a large number of people; not more than 100 people can participate in an activity, or if there is a need to arrange the activities, people must sit not less than a metre apart.

Affected venues include restaurants, but they can still operate sales counters for take-away orders.

Department stores will also be closed, except the supermarket, pharmacy and essential consumer-goods sections while food sections in malls can only sell take-away food.

The private sector has to ensure strict screening of people before they enter service places such as department store, market, or petrol station by checking the temperature and providing hand sanitiser

Locals must avoid activities that would make people move across the province.

The use of border crossings for movement of people, vehicles and goods along the border of Ranong province has been suspended except at the permanent crossing point of Ranong-Koh Song island in the area of ​​the fish market pier.

Service providers have been told to strictly screen customers and follow health safety measure such as employees wearing face masks and keep clean with hand sanitisers.

People have been urged to refrain from organising activities that involves a large gathering.

Locals have been told to refrain from organising activities that include a large number of people.

Fever screening measures have been increased for those travelling to Mae Hong Son province as follows:

- Fever screening points for travellers arriving at public transport stations, such as at airport, bus station, and bus terminal.

- Travellers staying in a hotel, homestay, including all types of accommodation.