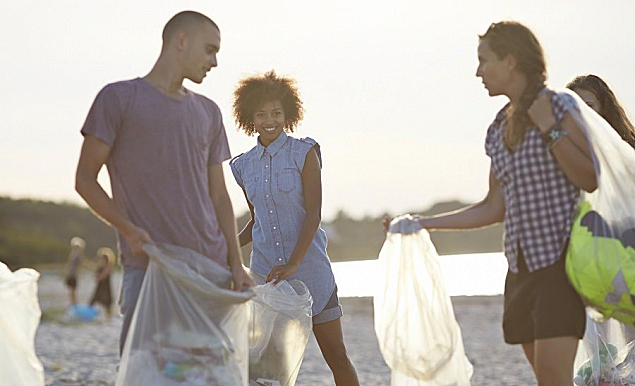 Generation Z want to give back when travelling, study finds

Travel operator Booking.com has conducted research across 29 markets to uncover the travel behaviours and ambitions of people in the Generation Z age group.

The research reinforces that travellers of all ages are embracing an eco-escape and Gen Z (those between the ages of 16 and 24) are no exception, the company said
“They, too, plan to be conscious travellers with a desire to ‘give back’ - whether that’s to the communities they visit, or by making decisions designed to help protect our planet,” the company said.
“Gen Z are determined to give back, making them the generation most interested in volunteering as a travel experience (37 per cent versus 31 per cent of global average). Meanwhile 53 per cent of Thai Gen Z is interested in volunteering. More than half (57 per cent) of Thai Gen Z travellers that haven’t volunteered before would be open to doing it on a future trip (62 per cent female versus 53 per cent male) and six in ten of Gen Z stated that they believe it is important to them to give back to the local community when travelling (59 per cent).
“When planning their next trip, Gen Z indicated that they are mindful of the planet and the effect their decisions have on it, with over two-thirds (69 per cent) stating that the environmental impact travelling has on destinations is an important factor that needs to be considered when travelling.
“What’s surprising, though, is that Gen Z is actually slightly lower than other generations. When looking at over-tourism specifically, 67 per cent of Gen Z would consider not visiting a destination if they knew it was threatened to be damaged due to over-tourism, meaning baby boomer (those aged over 55, 70 per cent) and Gen X (those aged 40-54, 69 per cent) and millennials (those aged 25-39, 68 per cent) ranked higher.”
Some 67 per cent of Thai Gen Z travellers have good intentions, stating that when it comes to planning and booking travel they would want to stay in a green/eco-friendly accommodation.
“However, this is actually the lowest when compared to older generations as baby boomers are the most likely (85 per cent) to opt for an eco-mmodation, followed by millennials (79 per cent) and Gen X (75 per cent),” the company said.
“Over half (51 per cent) of global travellers of all ages would choose to reduce their carbon footprint by limiting the distance travelled and this number increases further once Gen Z have arrived, as 63 per cent state they would use more environmentally friendly means of transportation, such as hybrid / electric rental cars, public transport, walking or biking, once they are at their destination. This good intention even more for Thai Gen Z (68 per cent). Although accelerating in the right direction for sustainable travel, older generations in Thailand are ahead again with 82 per cent of baby boomers, 75 per cent of millennials and 70 per cent of Gen X likely to choose sustainable travel options when planning and booking their travel.”
Although Gen Z is a generation of good intentions and aware of the impact their travel could have on the environment, they have big shoes to fill as this Booking.com research reveals that in some aspects of travel it is older travellers who have sustainable travel more figured out.