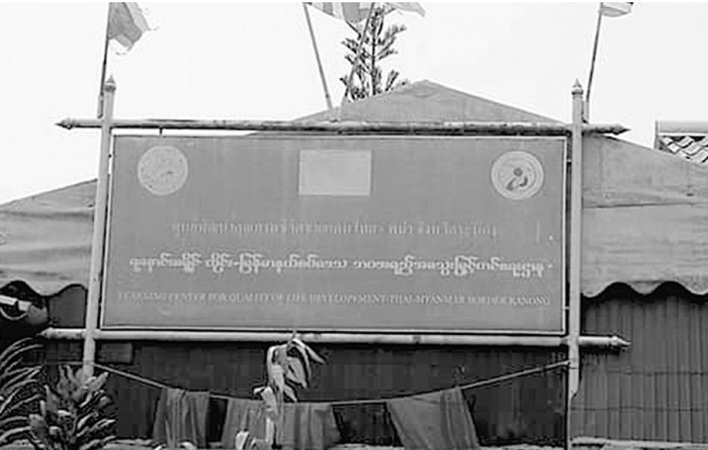 MYEIK- The Thai army, together with police forces, raided 12 Myanmar schools opened in Ranong Province, Thailand on August 27. The schools were closed and 32 teachers were detained, according to the sources.

Ranong Thani School, one such Myanmar school that was shut down, is situated in Banong Ward, Ranong Province. Mostly Myanmar migrant children are attending the school which conduct its lessons in both Myanmar andThai versions.

The school is owned by Thai citizens but the Myingyan Sayadaw manages the school.

“The schools were raided on August 24th by the order of district officials from the Thai Labour Ministry. It is learnt that the schools were closed in accordance with the Foreign Labours Management Law. There are over 1,290 Myanmar students and 45 teachers in Ranong Thani School. Thai authorities arrested 32 teachers out of 45. The remaining teachers are now on the run.

The school is the biggest Myanmar school in the whole of Thailand. The remaining 11 schools were also closed in the following days. When Thai authorities raided the Ranong Thani School, teachers in other schools also scattered. Some monks that were managing the Ranong Thani School also were hiding,” said one of the Myanmar migrants from Ranong.

Thailand already grants 24 kinds of job permits to the foreign labours in accordance with the Management of Foreign Workers Employment -2017 Law. However, the detained teachers were arrested due to illegal job permit, according to the Thai officials.

The 32 detained teachers must be fined from Baht 5,000 to 50,000 as lowest punishment and then they may be deported back to their countries.

The detained teachers are now holding the temporary border passports but they were arrested due to illegal job permit.

Currently, over 3,000 Myanmar students are now studying at the school shutdowns. If the students will lose their learning chance, the drug related cases, child labours and human trafficking cases may appear.