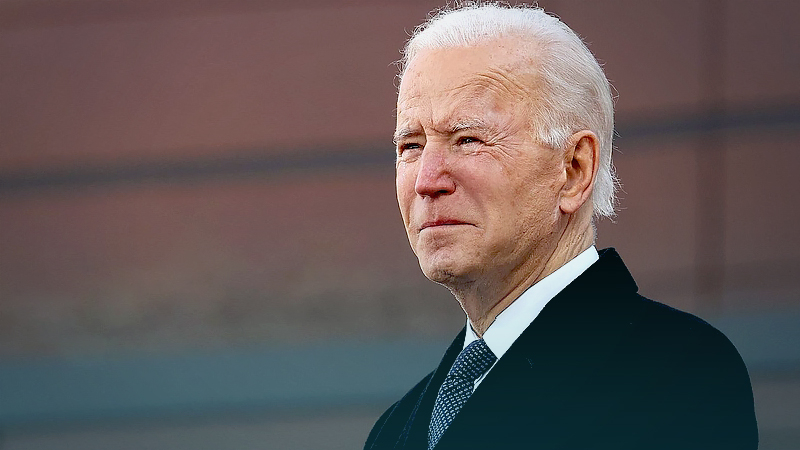 After being sworn in as US president on Wednesday, Joe Biden is likely to move quickly to transform most dimensions of US policy. A glaring exception is China. But if Biden maintains his predecessor Donald Trump's confrontational approach to the world's second-largest economy, he will come to regret it.

While Biden may be less overtly antagonistic toward China than Trump was, he has echoed many of his predecessor's complaints about China's trade practices, accusing the country of "stealing" intellectual property, dumping products in foreign markets, and forcing technology transfers from American companies. And he has indicated that he will not immediately abandon the "phase one" bilateral trade agreement reached last year, or remove the 25 percent tariffs that now affect about half of China's exports to the United States.

In Biden's view, it is best not to make any significant changes to the ongoing approach to China until he conducts a full review of the existing agreement and consults with the US' traditional allies in Asia and Europe, in order to "develop a coherent strategy". His chosen US trade representative, Katherine Tai－an Asian-American trade lawyer (and fluent Mandarin speaker), with extensive experience in China－might play an important role in the review process.

But it should not take a comprehensive examination to see that high tariffs and the phase one agreement are fundamentally incompatible. In the last two years, the proportion of Chinese exports to the US subjected to additional tariffs has soared from a nearly insignificant share to more than 70 percent. Similarly, the share of US exports to China subject to tariffs has skyrocketed, from 2 percent in February 2018 to more than 50 percent two years later.

Over the same period, the US has implemented 11 rounds of sanctions against Chinese entities. Last month's addition of 59 Chinese enterprises and individuals to the US Department of Commerce's list of export-controlled entities brought the total to 350－the most for any country.

With such high costs and strict limitations on exports, China cannot possibly fulfill its commitment, included in the phase one agreement, to purchase some $200 billion worth of additional US goods and services in 2020-21. Since January 2020, US exports to China have fallen far short of the deal's targets. As a result, in November 2020, China had fulfilled just 57 percent of its annual purchase commitment.

China's options for accelerating progress are severely limited. The private sector－which accounts for nearly 80 percent of Chinese demand for US imports－cannot simply be instructed to purchase American goods at such high tariffs. And forcing Chinese State-owned enterprises to pick up the slack would create its own problems.

The conclusion is clear: as long as Biden upholds Trump's confrontational approach, the phase one accord will be fundamentally unworkable, and further progress toward a mutually beneficial trade relationship will be all but impossible. Bilateral trade could even collapse.

But this does not mean that the Biden administration need only remove tariffs. The phase one agreement is also deeply flawed, not least because complying with it would force China to reduce imports from other countries. By giving the US a significant advantage over China's other trading partners, the agreement may even violate the World Trade Organization's principle of non-discrimination.

Other economies, therefore, are trying to level the playing field. At the end of 2020, the European Union and China concluded the negotiations on the Comprehensive Agreement on Investment, and all 10 of the ASEAN member states, together with China, Japan, the Republic of Korea, Australia, and New Zealand, signed the Regional Comprehensive Economic Partnership agreement in November.

None of this is in the US' interest. For starters, ASEAN members－which, collectively, form the US' fourth-largest export market－are likely to shift more trade to their RCEP partners. The fact that the RCEP lacks the labor and environmental standards seen in agreements with Canada, Mexico and the US will reinforce this shift.

The RCEP is also likely to increase Chinese demand for agricultural and energy exports from Australia and New Zealand. And by indirectly establishing a free trade zone among China, Japan and the ROK－the so-called iron triangle－it will consolidate supply chains in Northeast Asia and the West Pacific. This puts the US at a growing strategic disadvantage.

Therefore, instead of upholding Trump's confrontational China policy, Biden should accept China's central role in the global economy, and pursue a mutually beneficial, non-discriminatory trade agreement. China's efforts to join the Comprehensive and Progressive Agreement for Trans-Pacific Partnership－which evolved from the Trans-Pacific Partnership after Trump pulled the US out of it upon taking office four years ago－could provide an important opening here.

The Biden administration promises a fresh start for the US and its relations with the world. To fulfill that promise, he must end his predecessor's disastrous trade war against China.

The views don't necessarily reflect those of China Daily.