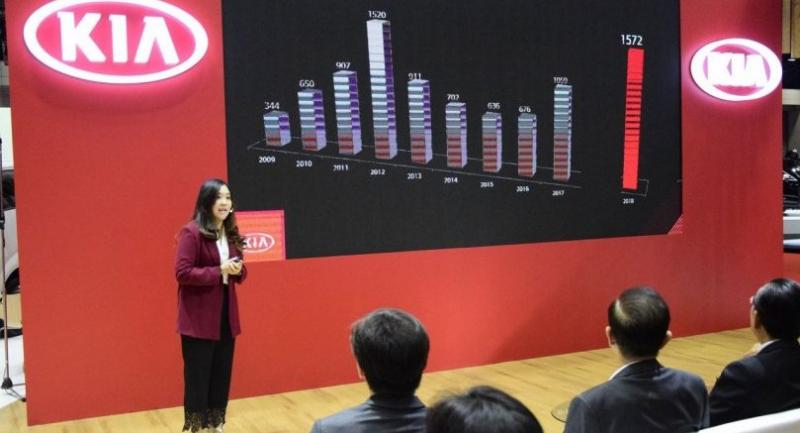 Yontrakit Kia Motors has announced that its 2018 overall sales saw a 50 per cent growth compared to 2017, marking a 10-year high for the company.

The company said in a press release on Friday that plans to further the market penetration with the Grand Carnival, Kia’s flagship MPV model, along with unveiling of more new models in the second half of 2019. There will be openings of new showrooms and service centres to cover more areas and support the growing number of Kia customers, starting with Phuket this mid-2019, said Rosesanant Punithipandkul, marketing manager at Yontrakit Kia Motors.

“2018 was a massive success for Kia in Thailand with overall sales coming in at 1,572 cars, which was a 50 per cent increase from 2017. This is the highest sales for Kia in the last 10 years in Thailand," she said.

"The main contributor to this success was the Grand Carnival, which is an 11-seater multi-purpose Premium MPV that has seen enormous positive feedback ever since the model’s minor change in early 2018. The accumulated sales of this generation of the Grand Carnival, as of current, is over 3,000 units.”

In 2018, the company also launched cars in other categories including Stinger sports sedan and Soul EV (Electric Vehicle). This made Kia the first brand to officially launch an electric cars in the country, and Kia is planning to introduce more models of electric cars in the future to come, she said.

“Even though the market for electric cars is still small at the moment, it has a huge growth potential in the foreseeable future due to technological advances and support from the government. In order to strive in Thailand’s electric car market, Yontrakit Kia is considering introducing more models in the second half of 2019, these include the Kia Niro and the all new Kia Soul EV”