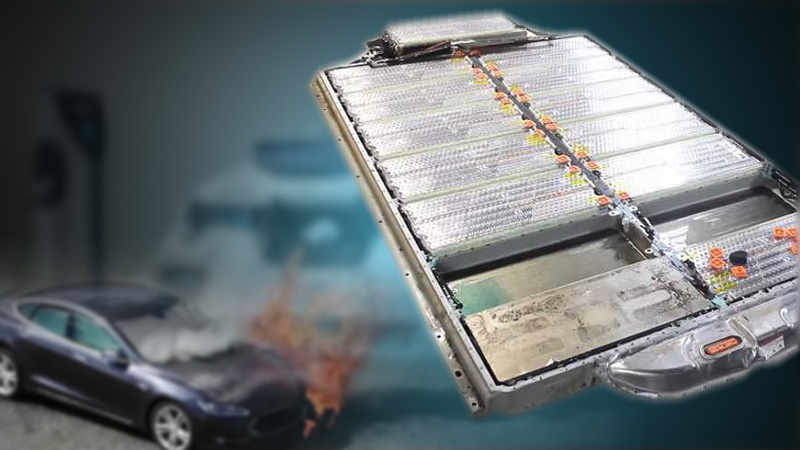 Federal safety officials are opening an inquiry into alleged battery defects with Tesla sedans and SUVs, the latest in a string of safety concerns faced by the electric vehicle manufacturer.

According to a letter last week, the National Highway Traffic Safety Administration is evaluating a petition to investigate potential defects in Tesla batteries, particularly those for Model S and X vehicles produced for model years 2012 through 2019.

An attorney filing a class-action lawsuit on behalf of Tesla owners brought the petition to the agency's Office of Defects Investigation, citing an "alarming number of car fires" that appeared to be spontaneous.

NHTSA asked Tesla to provide documents including consumer complaints, reports relating to the alleged battery fires and an accounting of software updates and certain failures related to battery cells by Nov. 28. Failure to comply would result in fines of up to $111,642,265, according to the agency's letter, dated Oct. 24.

NHTSA has previously issued Tesla and its chief executive, Elon Musk, a cease-and-desist letter regarding "misleading statements" on the safety of Tesla's Model 3 sedan, which the company claimed had the lowest injury-probability of any vehicle tested. Former safety officials and regulators also have accused Tesla of overstating the capability of its Autopilot advanced driver-assistance system, which has been active in multiple fatal crashes.

NHTSA acknowledged receiving the petition on Tesla's battery management software and said it will review the complaint and any data associated with it. The agency said it is conducting a technical analysis of the claim and will post a final decision on whether to hold a hearing after that evaluation.

If NHTSA grants the petition, a hearing to evaluate any defects would enable safety officials to decide whether to take corrective action, such as issuing a recall or levying fines or other penalties, according to the agency.

In a separate Oct. 1 notice that it had opened a file, NHTSA estimated that about 2,000 vehicles could be affected.

Car and Driver magazine first reported NHTSA's request for information and the scope of the investigation.

Tesla did not immediately respond to a request for comment. Tesla's Model 3 was not included in the request for information.

Attorney Edward Chen, the petitioner, has separately filed a class-action lawsuit in U.S. District Court for the Northern District of California on alleged battery fires, according to the NHTSA letter.

Tesla vehicles have been blamed in multiple fires that happened without a prior collision, such as a Tesla Model S that appeared to burst into flames while driving in traffic in Los Angeles. A parked Tesla Model S also spontaneously caught fire in Hong Kong, according to media reports earlier this year.

A Tesla spokesman called the incident in Los Angeles an "extraordinarily unusual occurrence."

Jason Levine, the executive director of the Center for Auto Safety, a consumer group, said the regulator appeared to be moving relatively quickly, sending its request just a few weeks after receiving the initial petition. That may not mean officials will open an investigation, but "it does indicate that they are taking it pretty seriously," he said.

Levine said the pace of the review will be determined in large part by how quickly Tesla responds.

Defect petitions are relatively rare. The agency listed just five open petitions in September. They can also drag on: Levine said one of the open cases dates to 2013.

"This is cheating," reads one complaint about a 2014 Model S. "Tesla remotely lowered my battery range without my approval."