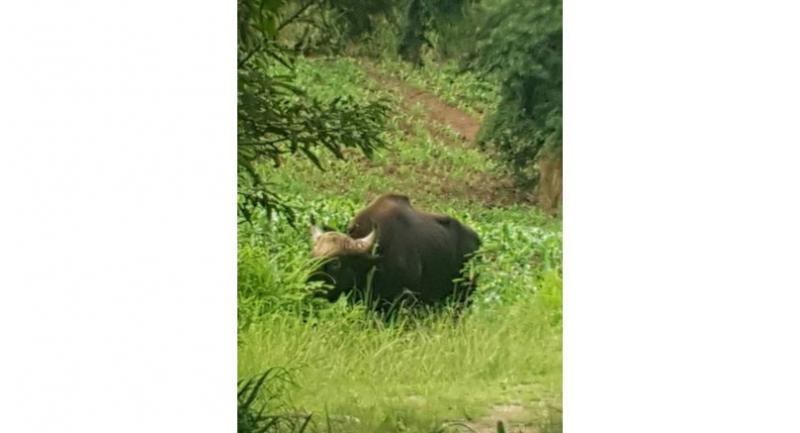 Visitors to Khao Yai National Park in Nakhon Ratchasima and people living in the area have been asked to report any injured gaur after one was found on Monday afternoon with an apparent gunshot wound in one leg.

Gaur are a protected species and medical treatment is available if they’re ill or injured.

Ranger Thammanoon Suayklang learned the animal appeared to have a gunshot wound in the front left leg that was still bleeding.

The gaur was found grazing in a cornfield near the Phu Pattra Resort and anesthetised so it could be treated.

Thammanoon suspects it was either shot by a hunter or injured by a trapper’s bush-rigged “jan hao” pipe gun.