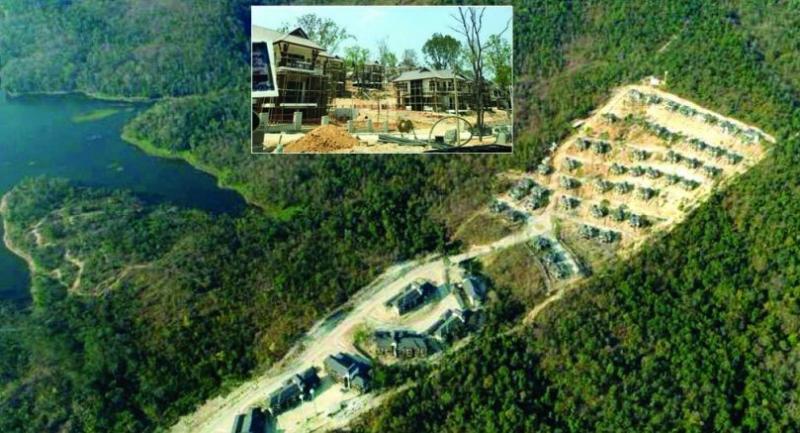 Court buildings and officials’ residences are seen at the foot of Doi Suthep mountain in Chiang Mai province. The construction has angered many local residents and raised concerns about environmental impacts.

The Army is ready to help mediate the conflict over the construction of court buildings and court officials’ residences at the foot of Chiang Mai’s Doi Suthep mountain, near Doi Suthep-Pui National Park.

Army chief General Chalermchai Sittisart said on Tuesday that he would open the 33rd Military Circle, which is based in Chiang Mai province, for talks.

“We can help facilitate the talks so that the parties involved can explore solutions that will minimise adverse impacts,” he said.

Chalermchai was speaking one day after the Network to Reclaim Doi Suthep Forest threatened to stage a big rally on Sunday against the construction work.

The network has also threatened to petition the King as well as Prime Minister General Prayut Chan-o-cha over the matter.

The Court of Appeals Region 5, which has commissioned the project, has maintained that the buildings are legal. Opponents have described the construction work as a threat to the ecology and sacrilege to sacred beings on the mountain.

The plot where the construction work is ongoing is not inside a national park. The government has approved Bt1 billion for the buildings, which are now almost complete.