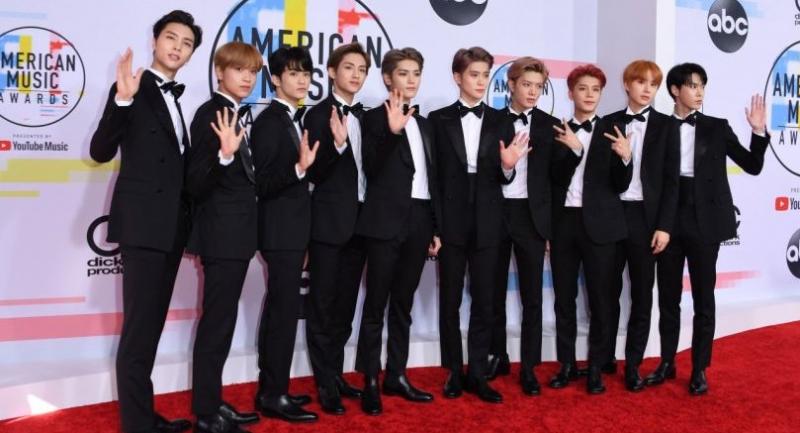 TOKYO - The Simon Wiesenthal Center, a Jewish human rights organization based in the United States, issued a statement Sunday denouncing South Korean boy band BTS for wearing hats with a logo similar to a Nazi symbol and flying Nazi-like flags at a concert in the past.

The Simon Wiesenthal Center, a Jewish human rights organization based in the United States, issued a statement Sunday denouncing South Korean boy band BTS for wearing hats with a logo similar to a Nazi symbol and flying Nazi-like flags at a concert in the past.

“The result is that young generations in Korea and around the world are more likely to identify bigotry and intolerance as being ‘cool’ and help erase the lessons of history. The management of this group, not only the front performers, should publicly apologize,” the statement said.

Known as Bodan Shonendan in Japan, BTS has been under fire as one of its seven members once wore a T-shirt with an image of the atomic bombing. The group’s participation in a music show on the TV Asahi network on Friday was canceled because of the controversy.

The boy band, whose members are all in their 20s, have achieved worldwide success with polished dance performances and a diverse range of songs.

Meanwhile AFP reported that the managers of BTS have issued an extensive apology after controversy erupted in the lucrative Japanese market over a T-shirt worn by one of the vocalists showing a nuclear blast.

It sought to distance the septet from the row, saying it bore responsibility, and went on: "Big Hit does not condone any activities of war or the use of atomic weapons."

Responding to further accusations the K-pop stars had used Nazi imagery, the company said it opposed all organisations "oriented towards political extremism and totalitarian beliefs including Nazism".

Known for their boyish good looks, floppy haircuts and meticulously choreographed dance moves, BTS have become one of South Korea's best-known and most valuable musical exports.

They have sold 380,000 tickets for their current Japanese tour, and their singles sell hundreds of thousands of copies each.

But Koreans bitterly resent Tokyo's brutal 1910-45 colonisation of the peninsula, which came to an end with Japan's Second World War defeat after the atomic bombings of Hiroshima and Nagasaki.

Historical issues still weigh heavily on the relationship between the neighbours, both of them market democracies and US allies, even while they share widespread business and cultural connections.

The garment featured the phrase "PATRIOTISM OURHISTORY LIBERATION KOREA" repeated multiple times alongside an image of an atomic bomb explosion and another of Koreans celebrating their independence.

As the row escalated, images emerged of a concert last year where BTS wore uniforms and waved flags that critics said recalled Nazi symbols, and a 2014 photoshoot in which band leader RM wore a cap bearing an SS Death's Head logo.

The SS played a key role in the Nazi mass murder of six million Jews during the Holocaust and a prominent Jewish human rights group accused the band of "mocking the past".

"It goes without saying that this group owes the people of Japan and the victims of Nazism an apology", said Rabbi Abraham Cooper of the Simon Wiesenthal Centre in Los Angeles.

"Those designing and promoting this group's career are too comfortable with denigrating the memory of the past," he added.

"The result is that young generations in Korea and around the world are more likely to identify bigotry and intolerance as being 'cool' and help erase the lessons of history."

The display was intended to criticise totalitarianism and was "in no way associated with National Socialism", it added.

But it "had no intention of causing distress or pain" and was contacting atomic bombs victim associations in Japan and Korea and the the Simon Wiesenthal Centre to explain and apologise, it added.

Big Hit said it had failed to provide "necessary and careful support to our artists", who were "in no way responsible for any of the issues".

BTS are the leading lights of the K-pop phenomenon and made history earlier this year by becoming the first K-pop band to top the US album charts, a sign of the genre's growing global appeal.

South Korean fans and media have rushed to defend their idols.

"You have no braincells," one fan tweeted regarding the performance accusations. "It's a song against the education system in Korea."