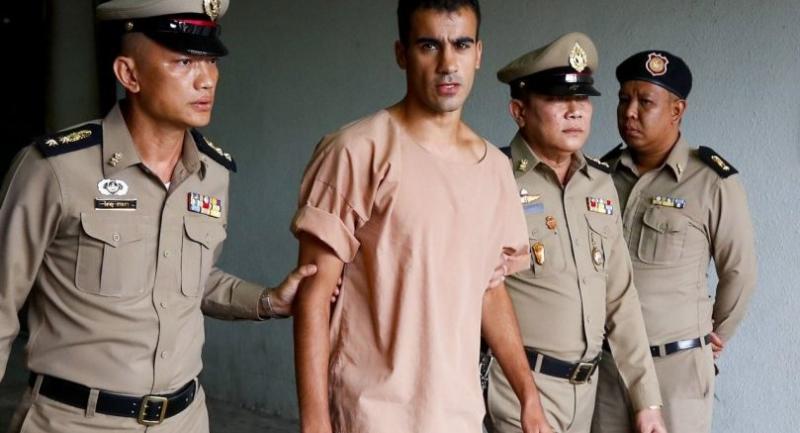 Lyon - The red notice, the best-known weapon in the arsenal of Interpol in snaring criminals, still risks being misused by authoritarian regimes despite an overhaul of the controversial system, observers say.

The red notices are issued by the international police organisation to authorities worldwide asking for the arrest of individuals pending their extradition to the member state that wants to detain them.

But rights groups have repeatedly complained the system has been abused by government to nab dissidents, as well as dangerous criminals, and say problems remain despite a major revamp.

Russia, China and also Turkey -- which stepped up a crackdown on wanted fugitives in the wake of the 2016 failed coup bid against President Recep Tayyip Erdogan -- are regarded as the most egregious abusers of the red notice.

But they are now being joined by a growing number of autocratically-ruled Latin American and Middle Eastern states.

"There isn't detailed public information around which states issue the most politically motivated or abusive Red Notices," complained Alex Mik, Campaigns and Networks Director of the justice NGO Fair Trials.

After persecution and torture at home on Egypt, Sayed Abdellatif fled his home country and sought asylum in Australia in 2012.

But he was detained on the basis of an Interpol red notice issued by Interpol at Cairo's request and spent five years held in a refugee detention centre before the warrant was lifted.

Footballer Hakeem al-Araibi, who was granted refugee status and residency in Australia in 2017 after fleeing his native Bahrain, was arrested while on honeymoon in Thailand in November on an Interpol notice.

Following a spell in detention that raised questions about the neutrality of Interpol, he was eventually allowed to go back to Australia.

Turkish-German writer Dogan Akhanli was unable to leave Spain for several months in 2017 after being briefly arrested on the basis of a red notice issued by Turkey.

From late 2014, the Secretary General of Interpol Juergen Stock launched a reform imposing new controls aimed at better ensuring the system was not abused by member states.

It also reviewed the working of its Commission for the Control of Interpol's Files (CCF) which allows the examination and contestation of red notices.

The controversies come during a turbulent period for the group that saw its previous president, a former Chinese police official arrested by his home country, and his potential replacement by a Russian official raise fears of Kremlin meddling.

Financier Bill Browder, once a key investor in Russia who has hounded the Kremlin since the death in a Moscow prison of his lawyer Sergei Magnitsky in 2009, has been the target of repeated notices and even called a best-selling book about his experience "Red Notice".

In comments to AFP, Stock defended the system, saying that "the review of notices and diffusions is done based on the information available at the time the request is made."

"Whenever new and relevant information is brought to the attention of the General Secretariat, the case is re-examined," he said.

But Alain Bauer, professor of criminology at France's National Conservatory of Arts and Crafts (CNAM), said greater and faster oversight was needed.

"There needs to be a speeding up of the timescale in which the CCF is used, with a kind of referral procedure for particularly preposterous situations."

But Bauer argued completely ending the controversies is a near impossible task.

"Otherwise you will end up destroying what the whole machine was set up for in the first place. Interpol is an institution for transmitting information. And there are also true criminals in dictatorships".

Also controversial are countries' recourse to Interpol diffusions, which are less formal than a Red Notice but still serve as an international alert mechanism.

Stock insisted that Interpol is not "blind to the realities of shifting geopolitical situations. Interpol was created because of them."

"It is precisely our efforts in supporting international police cooperation, especially where diplomatic relations do not exist, or when armed conflicts rage, which makes Interpol a vital part of global security."