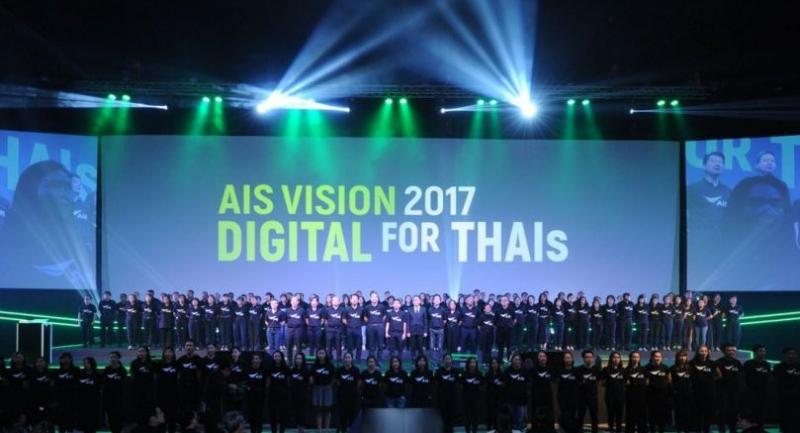 AIS YESTERDAY announced its partnership with HBO, with the American premium cable and satellite television network offering entertainment content to AIS via both mobile and fixed broadband.

The announcement came shortly after pay-TV operator True Visions decided to drop HBO feeds and other channels, which prompted an outcry from many of its paid subscribers and the broadcasting regulator.

According to AIS, All HBO content, six premium movie channels – HBO HD, HBO Signature, HBO Family, HBO Hits, Cinemax, and Red by HBO – will be served for AIS customers for both mobile and fixed broadband via linear and the on-demand model.

AIS customers soon will be able to experience HBO Go, which they can experience via on-demand content. Apart from HBO, AIS also partners with the FOX network and the NBA.

This is a part of AIS’s 2017 vision to become a digital platform and service provider with |a network and services for |all Thais, said Somchai Lertsutiwong, chief executive officer of Advanced Info Service PLC or AIS.

Under this vision, AIS offers wireless infrastructure, fixed broadband infrastructure, and digital services. This is to leverage AIS's investment of Bt40 billion a year to benefit all Thais, not only its customers.

“2016 is the first year for us that revenue from the data service surpassed the voice service. 2017 continues to be a growing year for the telecom industry, with fixed broadband the highest growth at 15 per cent, while mobile services are expected to grow at between 3 and 4 per cent,” Somchai said.

Under the plan, AIS is gearing to tap the highest growth area, fixed broadband Internet, while maintaining its market leader position in the mobile network – both the 4G network for AIS’s 41 million subscribers and the narrow band IOT network for IOT devices.

“Currently, 24 million from the 41 million subscribers are using mobile Internet and spending six hours a day [on the Net] – all together watching 10 million clips a day,” Somchai said.

AIS offers both entertainment and business content for all Thais. Being a partner with HBO, the FOX Network, and the NBA is apart of a strategic plan to become the country’s leading digital service provider.

All entertainment services will be served seamless across the AIS Play app on mobile phones and AIS Playbox via the AIS Fibre network, with AIS also offering Google Chromecast at Bt1,490 each to allow users to watch all entertainment content via AIS Play on TV screens instantly and wirelessly.

Patthana Leelapanang, chief marketing officer of AIS, said that AIS would have more than 100 channels of digital content, with some exclusively for AIS customers, such as HBO and FOX.

A well-placed source told The Nation that AIS invested Bt 1 billion a year in digital content.

AIS has laid down the AIS Fibre network to cover over five million households, as the company aims to have one million fixed broadband subscribers by the end of this year, up from 300,000 subscribers in 2016.

The largest cellular operator, AIS, has earmarked capital expenditure this year at between Bt40 billion and Bt45 billion for the expansion of both the cellular network and fibre Internet network, down from Bt48 billion in 2016, according to its filing to the Stock Exchange of Thailand last Friday.

The investment in 2017 will focus on expanding its 4G capacity. AIS’s nationwide 4G network covers 98 per cent of the population in response to accelerating demand for quality mobile data.

AIS expects its investment in fixed broadband to be around five billion this year.

Since the launch in April 2015, the AIS Fibre broadband Internet service has achieved coverage of about 5.2 million households in 28 cities and serves 301,500 subscribers with Bt10 billion cumulative capital expenditure. Starting the third year of operation in 2017, AIS will pursue selective expansion of new service areas with due consideration to demand and return on investment.

AIS expects its consolidated service revenue to improve between 4 per cent and 5 per cent this year compared to 2016.

AIS has revised its dividend policy to a minimum 70 per cent payout of the net profit from 2017 onwards to ensure its financial flexibility to lead, compete, and pursue growth prospects in any changing circumstances.