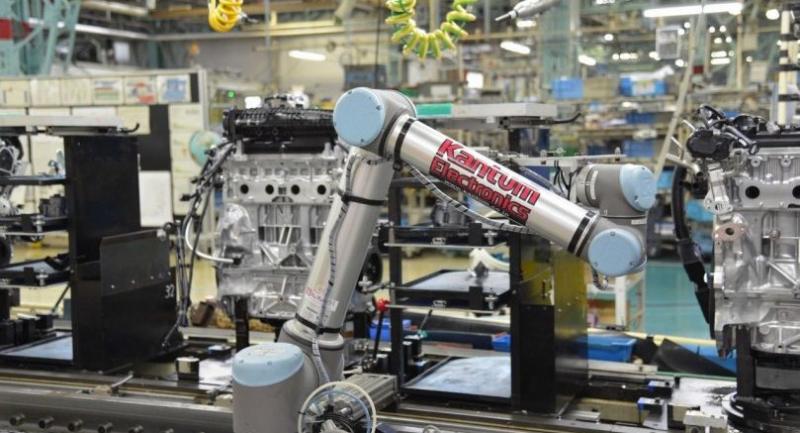 THAILAND should see increasing adoption of collaborative robots in response to intensifying competition locally and from neighbouring countries under the Asean Free Trade Area Agreement, according to Denmark-based Universal Robots.

“Another key driver for the adoption of cobots in Thailand would be the large pool of unskilled workers,” said Shermine Gotfedsen, general manager for Southeast Asia and Oceania, referring to the name for these types of robots.

“While these cobots are not meant to replace the workers, they serve as an assistive tool to enhance performance and raise productivity by delivering high-quality results each time.”

Through the deployment of cobots, workers can be redeployed from dangerous and repetitive tasks to more stimulating and responsible tasks, allowing them to upgrade their skillsets, she said.

Universal Robots is a manufacturer of cobots that can be used to streamline processes across a wide range of industries including agriculture, pharmaceuticals, automobiles and electronics.

Its product portfolio includes the collaborative UR3, UR5 and UR10 robotic arms named after their payload in kilograms.

“Contrary to popular belief that many jobs will be lost through the automation process, an entirely new set of roles will be created,” Gotfedsen said.

“These roles will require people with the relevant technical skills needed to upkeep and update these systems.

“As businesses grow and expand, additional manpower will be needed to meet the increased market demand and new product offerings.

“The use of robotics in business has in fact created many new jobs. Market research shows that robots will create up to two million jobs globally from 2017 to 2020.”

Cobots are widely used in Thailand and across Asia. Support from the government in encouraging businesses to adopt advanced technologies has spurred the adoption of cobots in Thailand, she said.

According to the International Federation of Robotics, Thailand is the eighth largest market globally in the adoption of robotics.

The automobile industry is a large contributor to the use of cobots. There are some other key industries that also drive adoption of cobots, including electronics and semiconductors.

Early this month Universal Robots said Nissan Motor Company had successfully deployed its UR10 robot arms at its Yokohama factory, joining other global carmakers including BMW and Volkswagen, which are using Universal Robots’ cobots to automate their processes.

According to Universal Robots, cobots are an offshoot of traditional industrial robots. They are light and mobile in terms of deployment, and are flexible enough to be modified for different applications.