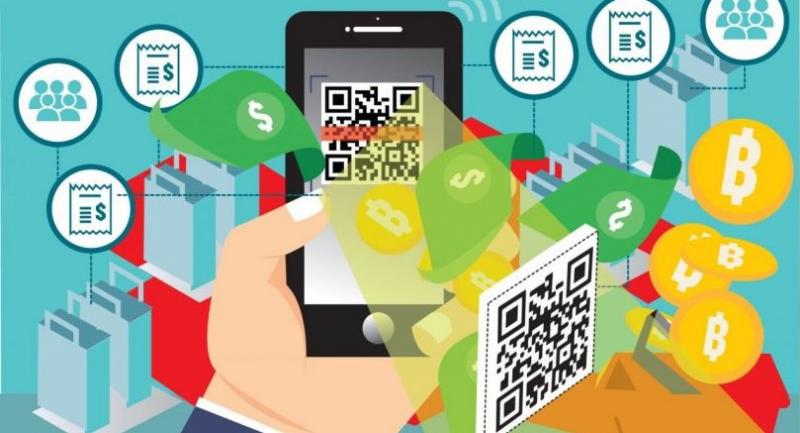 AS PART OF Thailand’s aspiration to become a cashless society, the country will soon adopt a new nationwide e-payment method using the so-called QR Code familiar to social media users.

The addition of the service is expected to help reduce dependence on cash transactions as more businesses are set to accept the new e-payment method.

During a recent experiment in using the service at Bangkok’s Chatuchak Sunday market, more than 1,000 small vendors as well as service providers including motorcycle taxis accepted payment from customers using their mobile phones to transfer money via the QR Code.

The method is convenient and carries no additional transaction costs for either sellers or service providers.

The QR Code e-payment platform was pioneered by China’s e-commerce and social media giants, Alibaba and Wechat, which operate the Alipay and Wechat Pay apps respectively.

Its popularity makes it possible to live in China today without having to use cash for most goods and services.

China is now the world’s leader for QR Code e-payments, which has disrupted more traditional payment services such as debit and credit cards.

The huge number of Chinese tourists in Thailand, totalling nearly 10 million per year, has also prompted the early adoption of the e-payment method among Thai convenience stores and retail operators.

The PromptPay popularity is expected to further grow when the QR Code system is added to the e-payment platform.

To facilitate nationwide adoption of the new platform, the central bank has taken steps to endorse a single Thai QR Code standard in accordance with the international system for mobile applications.

In practice, consumers after downloading an app for the service that matches their bank accounts could turn their smartphones or other compatible devices into electronic purses by scanning a seller’s QR code to pay for purchases at various goods and services outlets.

The money would then be automatically transferred from the buyer’s bank account into the seller’s account based on a similar arrangement with their participating bank.

The central bank has said that in a future stage it would expand the e-payment platform to cover holders of credit cards so as to make it more versatile.

Overall, the platform is a crucial element of Thailand’s emerging digital economy and society in which the lifestyle of consumers increasingly is closely tied to mobile phones and other smart devices.

For the government, any form of electronic payment is useful since it creates electronic records on transactions that make tax collection more efficient. In addition, the economy will benefit from more electronic transactions by increasing efficiency – cash transactions are more expensive due to higher costs.

For vendors, there is no additional transaction cost since banks are keen to provide the service free of charge at this stage, with some banks even offering additional financial incentives to early adopters without conditions requiring minimum payment per transaction.

The new service will help banks stay close to both consumers and businesses, big and small. This would allow banks to make use of the huge amount of data generated by both buyers and sellers in multiple ways.

While electronic transactions offer definite convenience advantages for consumers, experts warn that they should ensure that their personal devices are fully secured.