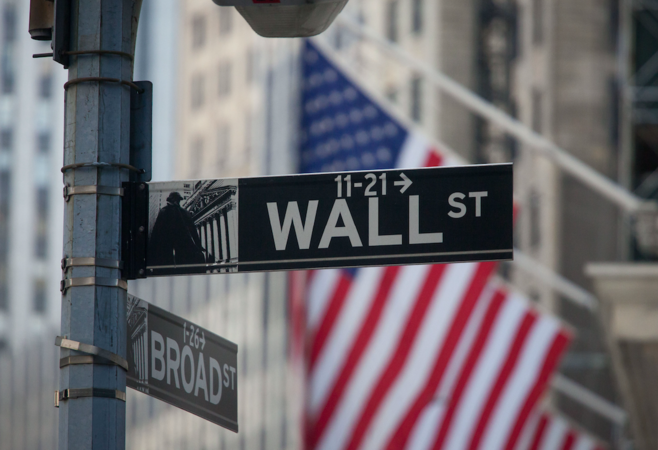 U.S. stocks fought off a late-session swoon to close at fresh heights Tuesday amid reports that the Federal Trade Commission is looking into acquisitions by some of the country's biggest tech companies.

The S&P 500 Index faded from session highs after the FTC news, with Facebook and Microsoft among the decliners. Health-care and consumer-discretionary shares led the day's advancers. The Dow Jones Industrial Average and Nasdaq 100 were little changed. Ten-year Treasury yields rose, while the dollar dropped for the first time in five sessions.

Investors have been more bullish lately despite the coronavirus outbreak, signaling some confidence that central banks could ease policy if growth slows. In remarks to Congress on Tuesday, Federal Reserve Chairman Jerome Powell, while positive about the American economic outlook, said the central bank is keeping a close eye on fallout from the epidemic, which continues to disrupt travel and trade.

"With fundamentals strong, a robust employment situation and inflation on track, Powell's cautiously optimistic stance isn't too surprising, especially since coronavirus fears and trade tensions are at bay," said Mike Loewengart, vice president of investment strategy at E-Trade Financial. "What remains to be seen is the lasting effect of the coronavirus on global growth, which is already tepid."

Oil bounced back from Monday's swoon and gold fell. Bitcoin surged back above $10,000. European and Asian equity benchmarks closed higher.

- Thursday sees a gauge of underlying U.S. inflation, the core consumer price index. It is forecast to increase to 0.2% in January, a faster pace than in December.

- China and the U.S. on Friday lower tariffs on billions of dollars of respective imports as part of the trade deal signed last month.

These are the main movers in markets: