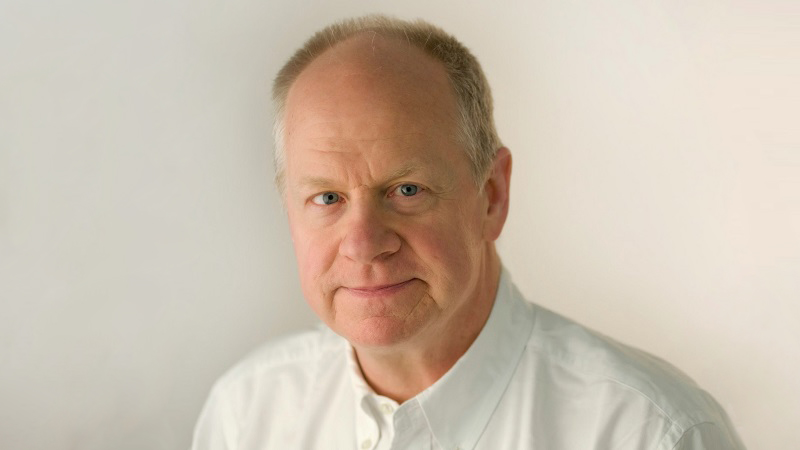 Thomas Heath is a local business reporter and columnist, writing about entrepreneurs and various companies big and small in the Washington metropolitan area. Previously, he wrote about the business of sports for The Washington Post’s sports section for most of a decade.

The nosebleed heights of today's stock prices have me, like many other investors, a bit on edge.

Have equities become too risky? How much longer will the decade-long bull market last? Is a stock crash or a recession coming? Should I sell?

I called Burton Malkiel at his home in Florida recently to talk about the state of the stock market and what it means for average investors, people, like me, who have been stashing money in 401(k) accounts or who might own stocks in taxable accounts.

Malkiel, 87, wrote "A Random Walk Down Wall Street," the investment classic first published in 1973. He has served as dean of the Yale School of Management, as a director of the Vanguard Group and as a member of the president's Council of Economic Advisers. He is currently a professor emeritus of economics at Princeton University.

Malkiel is part of an influential cohort - along with the late John C. "Jack" Bogle and legendary stock picker Warren Buffett - that has warned most of us against trying to divine which stocks will beat the overall market. Most people, this persuasive line of reasoning goes, are better off investing in index funds or a diversified portfolio with low fees.

But with the Dow Jones industrial average approaching 30,000, another, broader issue arises: Have stocks, in general, become too expensive?

"What we can say is that relative to historical valuations, the stock market is quite richly valued,"Malkiel said.

Malkiel stated the obvious: Stocks have had a tremendous run in the past 10 years, but no bull market runs forever. History tells us, he said, that the next 10 years aren't going to be quite so merry.

"We are in an era when, I think, we are going to clearly have very low returns and much lower than average stock returns," Malkiel said. "If you look at the empirical work, you would suggest the stock market over the next 10 years is likely to give you mid-single-digit returns."

Over the next decade, he said, we would be "very fortunate" to see 5 percent a year.

That's a heartburn number for pension fund managers counting on 8, 9 and even 10 percent annual returns. So what's an investor to do?

Start with rebalancing, Malkiel said. "If the big rise in the stock market has put your stock holdings much higher than normal levels for you, then I would say take some out and put it in other categories."

I wrote about Rebalance, then known as Rebalance-IRA, a couple of years ago. Rebalancing, in its simplest form, means buying and selling stocks and bonds annually to keep your holdings in line with your ability to tolerate risk.

"Given that asset prices shift, sometimes significantly, it's normal for investors to look at their portfolio allocations periodically and rebalance, in order to avoid over- or under-weighting exposures to certain asset classes," said Shelly Antoniewicz, senior director of industry and financial analysis at the Investment Company Institute, which represents the mutual fund industry.

Malkiel said rebalancing a portfolio cures many ills for investors who are not - and I emphasize NOT - professional stock pickers.

"Nobody, and I mean nobody, can consistently predict the short-term moves in the stock markets,' Malkiel said.

"There's a lot of people who get it right sometimes. But nobody gets it right consistently. Don't try to time the market," Malkiel said. "You will get it wrong. Ride things out. Be well diversified."

Diversified means buying a variety of stocks across multiple industries or, better yet, holding a healthy mix of mutual funds that include large and small companies, U.S. and international stocks, and even some bonds.

I asked Malkiel whether he follows his own advice.

"Am I still holding equities? Yes," the professor said, speaking by telephone from Florida. "But I hold other things as well. I am broadly diversified. I hold fixed-income investments. And I hold real estate."

When asked about the likelihood of a recession or other economic pullback in 2020, Malkiel said he avoids making predictions on short-term market behavior because, well, it is just too difficult.

"The biggest threat is something that will come out of nowhere," Malkiel said. "Just think of the last few days. We have this new virus coming out of China. Is it going to be contained? Is it something that affects the whole world? In [former defense secretary] Donald Rumsfeld's parlance, it's not what we know now. It's what we don't know."

I can't do anything about that. But I can rebalance to make sure that I am takinga market risk that I have decided is tolerable for me.

Tags:
stocks a bit on edge