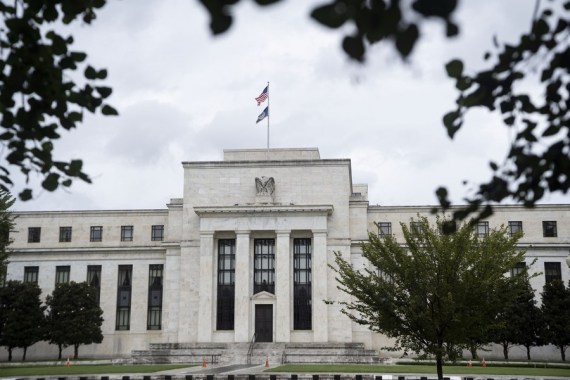 "The Committee would be prepared to adjust the stance of monetary policy as appropriate if risks emerge that could impede the attainment of the Committees goals," the Fed said in a statement.

The U.S. Federal Reserve on Wednesday kept its benchmark interest rate unchanged at the record-low level of near zero, while signaling that the central bank may begin tapering asset purchases soon despite the Delta variant increasing economic uncertainty.

The Fed has pledged to continue its asset purchase program at least at the current pace of 120 billion U.S. dollars per month until "substantial further progress" has been made on employment and inflation since last December.

"Since then, the economy has made progress toward these goals. If progress continues broadly as expected, the Committee judges that a moderation in the pace of asset purchases may soon be warranted," the Federal Open Market Committee (FOMC), the Fed's policy-making committee, said in a statement after a two-day meeting.

"The Committee would be prepared to adjust the stance of monetary policy as appropriate if risks emerge that could impede the attainment of the Committee's goals," the statement said.

At a virtual press conference Wednesday afternoon, Fed Chair Jerome Powell said that the sectors most adversely affected by the pandemic improved in recent months, but the rise in COVID-19 cases slowed recovery.

"The Delta variant led to significant increases in COVID-19 cases resulting in significant hardship and loss and slowing the economic recovery. Continued progress on vaccinations would help contain the virus and support a return to more normal economic conditions," he said.

Powell also said that Fed officials downgraded their forecasts for U.S. economic growth this year compared with three months ago, "partly reflecting the effect of the virus".

The U.S. economy is expected to expand at 5.9 percent this year, lower than 7 percent estimated in June, according to the median forecast of the Fed's latest summary of economic projections released Wednesday.

The median estimate of inflation at the end of this year, measured by annual growth in the personal consumption expenditures (PCE) index, rose to 4.2 percent from 3.4 percent in June, well above the central bank's target of 2 percent.

"Once we met those two tests ... that could come as soon as the next meeting, the Committee will consider that test and look at the broader environment at that time and make a decision whether to taper," he said.

"This sets the stage for the Fed to formally announce tapering plans in November and the first reduction to occur in December, which is our baseline forecast assumption," Ryan Sweet, a senior director at Moody's Analytics, said Wednesday in an analysis.

Jay H. Bryson, chief economist at Wells Fargo Securities, believed that the September labor market report, which is scheduled for release on Oct. 8, will be crucial in determining whether the FOMC will announce a tapering decision at its next meeting in November.

"If payrolls disappoint again, then the FOMC may decide to take a pass at the November meeting and wait until its last meeting of the year on December 15 to see if the data improve by then," Bryson said.

"While no decisions made, participants generally view that so long as the recovery remains on track, a gradual tapering process that concludes around the middle of next year is likely to be appropriate," Powell added.

Fed signals easing of markets supports could start in November, despite ongoing threat of delta variant