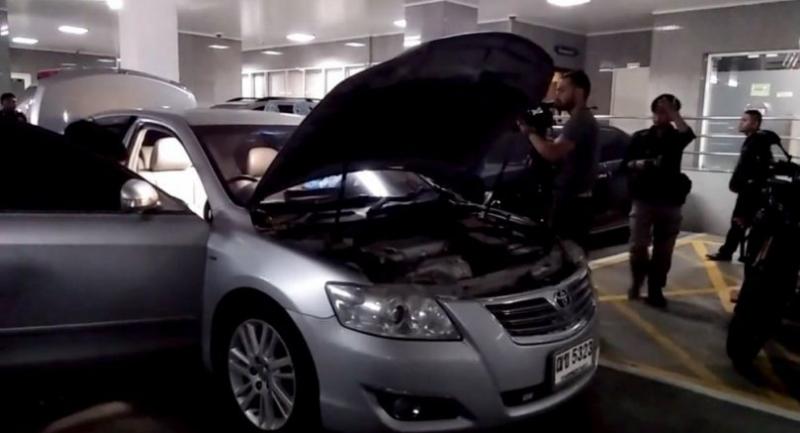 Searching for evidence that they belonged to former prime minister Yingluck Shinawatra, police have conducted DNA checks on items within the seized Toyota Camry sedan believed to have taken her from Bangkok to Sa Kaew province during her August 23 flight from justice.

Discovery of her DNA within would help them prove that Yingluck had been in the sedan, a security source said.
The car was seized and three police officers arrested late last week. They were interrogated under suspicion of helping Yingluck flee through the eastern province that borders Cambodia.
Physical evidence of Yingluck presence was not found at the last military checkpoint in Sa Kaew province. To date, investigating officers have not been able to say with certainty whether she crossed the border or not.
If evidence is found, Yingluck could face additional charges of violating immigration laws. The source said a group of people had been sent for a week or so to carefully examine potential escape routes.
The three police officers are not now charged with a crime. Yingluck fled prior to the court issuing an arrest warrant for her on August 25, the day she failed to appear before Supreme Court judges to here their ruling on charges of dereliction of duty related to her government’s rice pledging scheme.
A judge source has clarified that the three officers were not guilty of helping Yingluck flee on August 23 as her run occurred before the court’s August 25 issuance of an arrest warrant.
The source said Deputy Prime Minister Prawit Wongsuwan had instructed investigating officers to find legal grounds to charge the three police. At the least, they could be accused of contempt of court because judges had previously barred Yingluck from travelling overseas, the source said.