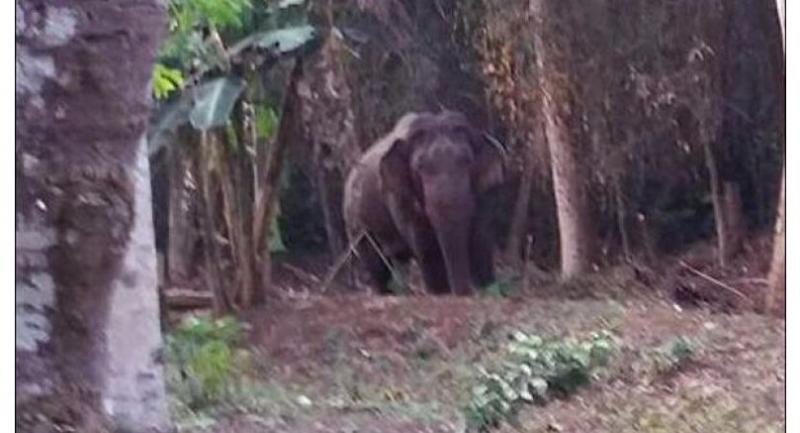 Rogue elephant off on another Cambodian jaunt

A killer wild elephant on Thursday morning evaded efforts to keep it on Thai soil and emigrated to Cambodia.

It is, however, expected to return when it’s ready.

The elephant, named Plai Sidor Daeng, lives mainly in the Ang Rue Nai wildlife sanctuary, but successfully made its way across the border to Siem Reap, said Manote Rattanatrai, head of an elephant lookout team based at the Khao Soidao sanctuary.

Thai officials and volunteers tried on Wednesday to block the animal’s easterly path in Sa Kaew’s Aranyaprathet district to keep it away from the border.
The beast’s movements have been monitored for years and it has wandered into and back from Cambodia several times, otherwise migrating among forest areas in Chanthaburi – Khao Soidao, Pong Nam Ron and Khao Kitchakut.
Manote said it could return to Thailand by itself again. Meanwhile Thai officials will work with their Cambodian counterparts to keep watch and steer it back to Thailand, he said.
Plai Sidor Daeng, who weighs six tonnes despite having no tusks, is a known rogue and has killed several people in Chanthaburi.
Early this month it was being a nuisance on farms, damaging and eating crops from Chanthaburi to Sa Kaew.

The pachyderm made headlines last June when it broke through an electrified fence just three hours after being penned up for “behaviour adjustment”.
That was in the Khao Takrup Forest Conservation Project area in Sa Kaew’s Wang Nam Yen district. The animal then disappeared into the Ang Rue Nai sanctuary.