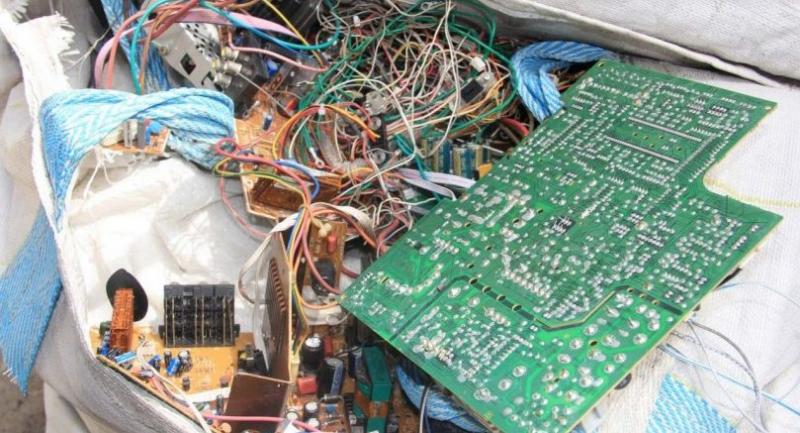 Govt considers ‘total ban’ on the import of e-waste

THE GOVERNMENT is seriously considering an immediate ban on the import of electronic waste.

“We will determine if the use of Article 44 is necessary to enforce the ban,” Defence Ministry spokesman Lt-General Kongcheep Tantravanich said yesterday, referring to the decision by a reform committee that is chaired by Deputy Prime Minister and Defence Minister General Prawit Wongsuwon.
Article 44 of the Constitution gives the chief of the National Council for Peace and Order (NCPO), the junta body, overwhelming power to issue such a diktat.
The issue of e-waste has caught the attention of the public since last month after police found a huge amount of e-waste imported into Thailand, which had not been disposed of in line with relevant laws.

Poor disposal increases the danger of hazardous substances from the waste leaking into the environment and endangering people’s health.
Prawit said the problem of e-waste would be well under control if no more e-waste were imported.
“But we will make sure we proceed in line with laws to impose the ban,” he said.
Kongcheep said if normal laws did not allow the ban, relevant parties would discuss the possibility of invoking Article 44.
NCPO chief General Prayut Chan-o-cha has also been the prime minister during the past four years.

Licences suspended
Kongcheep said for the time being all plants found to have violated the Basel Convention on the Control of Transboundary Movements of Hazardous Wastes and Their Disposal would have their licences suspended.
“Importers who have made false declarations regarding e-waste and plastic scrap will face legal action and their imported containers will be sent back,” he said.

Kongcheep added that factories not disposing e-waste properly would face legal action and the waste would be sent to licensed plants that had proper disposal procedures.
According to him, all relevant authorities from now on will tighten up their operations and enforce laws strictly with regard to e-waste management.
Deputy national police Commissioner Pol General Wirachai Songmetta revealed earlier this week that police had inspected 17 plants and found all of them had violated laws.
“They are also from the same network,” he disclosed. “Their real owners are foreigners too.”
He said these plants would not be spared considering the damage they had caused to the country and Thai people.
Wirachai vowed to pursue legal action against the offending plants to the end, amid rumours that the plants’ owners were now trying to lobby top police officials to get out of legal trouble.