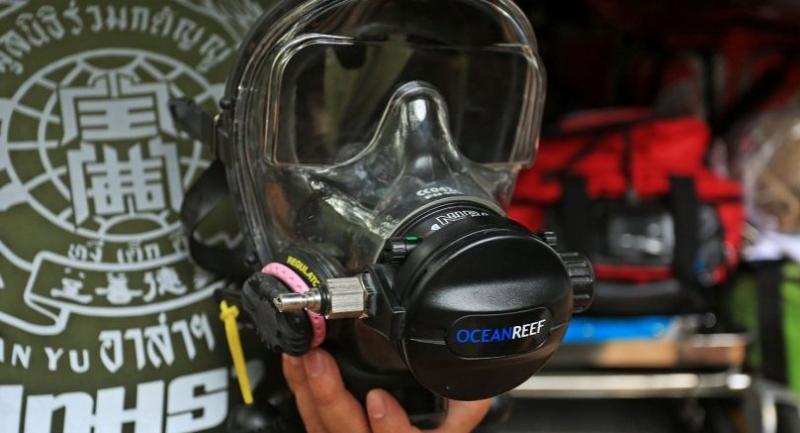 Turning Tham Luang Cave into a tourist destination will not be easy, experts warn

The global celebration over the success of “Mission Possible” – the epic rescue of the of Mu Pa Football Academy team from the flooded Tham Luang cave – has inspired the government to turn the Chiang Rai underground complex into a tourist destination and a “living museum”.
Observers interviewed by The Nation Weekend agreed it’s a great idea, but they wonder whether the plan can be financed, implemented and managed in a sustainable way.
Narongsak Osottanakorn, who was bumped from his job as governor of the northern province but kept on to see the rescue operation to its successful conclusion, announced the plan on Wednesday after the last of the footballers was brought to safety.

If the museum is approved, it would feature much of the equipment used in the search-and-rescue mission along with photos of the dramatic operation. Nation/Rachanon Intharagsa

“We’ve already set aside some of the rescue tools used in this operation for the museum,” he said. “We’ve also compiled a list of the divers who made such valuable contributions. It’s been suggested that we display photos from the 17-day mission and even the clothing the principle players wore.”
Narongsak said he believed the cave could become another tourism highlight for Thailand, attracting many visitors. “And it will be a learning centre for children and divers from all around the world.”
The search for the 12 boys and their team’s assistant coach began on June 24, the day after they were reported missing inside the cave. They’d gone exploring in its subterranean passageways, as they’d done before, but this time they were trapped when flash floods filled the chambers.
Officials of Thamluang-Khun Nam Nang Non Forest Park put out the alert after bicycles and running shoes were found abandoned at the mouth of the cave. The search expanded by the day, culminating in the footballers’ discovery on July 2. The rescue mission that came next ultimately had more than 4,500 people from 271 agencies participating.
The way the search-and-rescue operation was conducted – and in the way the missing party survived – are lessons that could be shared with visitors to the cave museum.
A guidebook describes the relatively unexplored Tham Luang cave – for which the Department of National Parks, Wildlife and Plant Conservation has responsibility – as having an “impressive entrance chamber” leading to a marked path and then a series of chambers and interesting rock formations.

The Natural Resources and Environment Ministry will present a development plan at a public hearing on July 25. Geologist Anukoon Sorn-ek, who participated in the |rescue mission, was among experts who told The Nation Weekend what might lie ahead.
Turning the cave into a museum would require significant knowledge of both science and the arts, Anukoon said.
“You’d need a comprehensive map of this very complicated cave using the valuable geological information we gained from the global operation during the past 17 days,” he said. He’s been visiting the cave since 1992 but learned a lot more about it on this mission, thanks mainly to the technology from overseas that came into play.
“Elon Musk of SpaceX and the optics firm Leica are interested in cooperating with Thai authorities to utilise hi-tech laser scanners in creating a 3D model of Tham Luang,” Anukoon said. “The museum idea could open a whole new chapter in the cave’s history and provide useful information for public safety.”
Associate Professor Phisan Santitamnont of Chulalongkorn University’s Engineering Faculty, who was also part of the mission, agreed that the detailed 3D model would be crucial. A “virtual museum” would aid in planning the actual museum.
“Besides scientific data, historians and anthropologists could compile the historical and socio-cultural aspects of the story,” he said.
Members of the Engineering Institute of Thailand will next Thursday brainstorm ideas regarding the technology and knowledge needed to ensure public safety inside the cave-museum.

Artists, meanwhile, are conceiving monumental works honouring Saman Kunan, the former Navy SEAL who succumbed to oxygen deprivation and died during the rescue operation.
National Artist Chalermchai Kositpipat and 300 others from Chiang Rai will on Saturday unveil a 13-by-three-metre painting at the Krua Silpa Art Centre. “I wanted to record this historic miracle,” he said. “It will depict the complicated evacuation scenes in which the foreign and Thai teams helped save the lives of the 13 members of the football team.”

If the National Parks, Wildlife and Plant Conservation Department grants permission, he plans to display a statue of Saman – twice life size but in a material yet to be decided – in front of the cave, while the painting would go inside. The two artworks will cost him about Bt10 million to create.
Young Nakhon Pathom artist Krisna Namulphol is creating a series of 12-inch sculptures called “My Hero”. Among others, they depict Saman, Narongsak, Thai Water Well Association president Surathin Chaichompu and the monk Kruba Boonchum Yannasangwalo.
Sculptor Kittipong Suriya-thonchuen has also created a standing likeness of Saman in his diving gear.

Sustainabe management
Gridthiya Gaweewong, director of the Jim Thompson Art Centre in Bangkok, loves the idea of turning the cave into a learning centre, but said it won’t be easy and would require sustainable management.
“It wouldn’t be easy creating the cave museum in a border area that the ethnic people regard as both sacred and profane,” the Chiang Rai native told The Nation Weekend. “But, if they can do it, they should not ignore the fact that some of the boys are stateless persons, without citizenship.
“Migration and borders and multiple ethnicity should be integral parts of the narrative in the museum. Apart from governance, administration, maintenance and ongoing educational programmes, whichever department is chosen to run it might think it sounds sexy, but it will be challenging. There are various issues to consider before execution.”
There is growing interest in keeping memories of the historic mission alive, that should not be allowed to fade like those of the 2004 Indian Ocean tsunami.
Observers say sustainable management on the part of the bureaucracy will be essential.
The Tsunami Memorial Museum in Phang Nga’s Baan Nam Khem district – converted from a boat that was swept ashore – gets very few visitors these days. The lack of visitors is not because of local apathy, but rather the Culture Ministry’s failure to maintain it and promote it properly, most people believe.