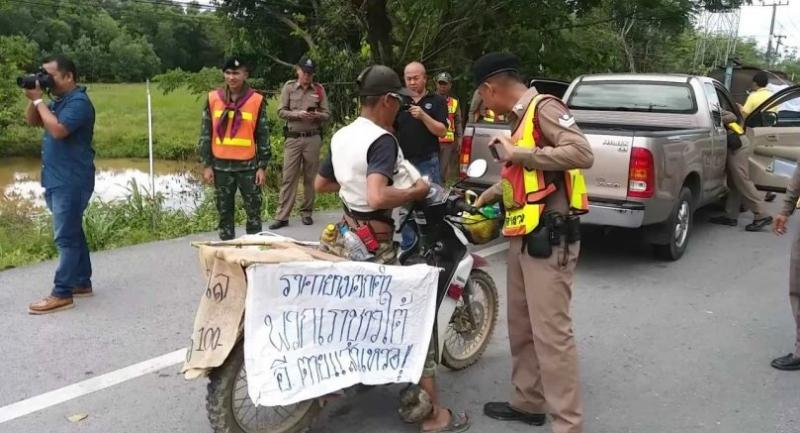 Private sector to be asked to help boost prices, govt will seek to also increase demand.

THE AGRICULTURE and Cooperatives Ministry plans to seek a budget of more than Bt10 billion to help rubber growers and tappers cope with the dropping price of rubber.
“We intend to compensate them more than we did last year,” Agriculture and Cooperatives Minister Grisada Boonrach said yesterday.
Last year, 140,000 families of rubber growers and tappers received Bt1,500 per rai (0.16 hectares) for a maximum of 15 rai.

Those who registered with the Rubber Authority of Thailand (RAT) were eligible for the financial help.
“Either the compensation per rai or the number of rai eligible for compensation will increase,” Grisada said.
The minister was speaking after holding a meeting with representatives of the country’s five big rubber exporters.
According to him, the private sector will be asked to designate specific spots where rubber cup lump will be bought at Bt35 per kilo, rubber field latex at Bt37 per kilo and crude rubber sheets at Bt40 per kilo.

At present, the per-kilo price for cup lump is between Bt12 and Bt14, for field latex between Bt28 and Bt31 and for crude rubber sheets between Bt32 and Bt35.
“With the Rubber Development Fund, RAT should be able to cover the difference in price,” Grisada said, adding that his ministry will also try to boost the price of rubber by increasing domestic demand.
“We plan to propose that rubber-based bedding be manufactured for state schools and hospitals,” he said, adding that relevant government agencies have already been asked to study the need for such bedding.

Manas Boonpat, president of Small Rubber Tappers and Farmer Association of Thailand, meanwhile, said the drop in rubber prices has put many families in trouble.
“This is why rubber farmers have been protesting, yet their demands have long fallen on deaf ears,” he said, as hundreds of farmers gathered at six locations in Nakhon Si Thammarat and Surat Thani provinces for fresh rallies.
Saksarit Sriprasart, a leader of a southern rubber farmers’ network, said his group planned to join larger protests in Trang province on November 20.
He said the protests were becoming larger because the farmers did not really believe the government would roll out tangible measures to ease their woes.
“The government has made many promises, but they have turned out to be empty,” Saksarit said.
Meanwhile, oil-palm growers in Krabi province yesterday continued burning their crop for the third consecutive day to protest against the drop in price.
So far, they have already burned down more than 50 tonnes of oil palm.
Local farmers are angered by the fact that palm-oil fuelled machines have been moved from a local plant to be reinstalled in a power plant in Chachoengsao’s Bang Pakong district. This plant will only begin using palm oil next year.
Krabi authorities have been trying to appease the farmers by proposing that all service stations in the province sell bio-diesel, which uses palm oil. The plan, if implemented, may provide a sustainable solution to the slump in palm-oil prices.