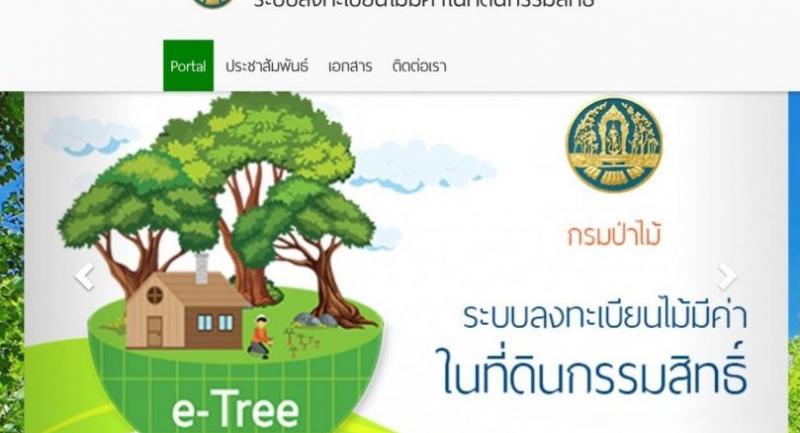 Forbidden trees like teak and rosewood grown on private plots can now be registered online for trade purposes, thanks to a new application that became available to the public on Monday.

The Royal Forestry Department (RFD) has introduced the e-Tree app, which will allow owners of trees once prohibited for trading under dated forest law to register trees grown on their land, so that they can put them on sale from now on.

Trees such as teak and rosewood, among several others, were previously prohibited from being felled and traded in any circumstances without permission from the department, in order to prevent the “laundering” of trees that grow naturally in state forests.

However, the process was criticised for being too complicated and out of date, thus impeding the development of timber management around the country.

The aged law was therefore amended under the military-led government as part of timber supply-chain reform.

Thailand has been looking to such reform in the hope that it could help improve the whole timber management system to a higher standard, and especially in line with international standards, including the European Union-introduced FLEGT (Forest Law Enforcement Governance and Trade) framework.

The Kingdom is currently in negotiations about joining the FLEGT framework.

The law revision was published in the Royal Gazette on April 16, resulting in the amendment coming into effect.

RFD chief Athapol Charoenshunsa said the new app would benefit tree owners, while the state would gain a large amount data about tree stocks and timber in the country, facilitating good governance in timber management from now on.

He invited tree owners nationwide to access the app and register their stocks.

An emergency number is also available at 1310, extension 3, in case owners need to consult officials about registration or any legal complications, he added.