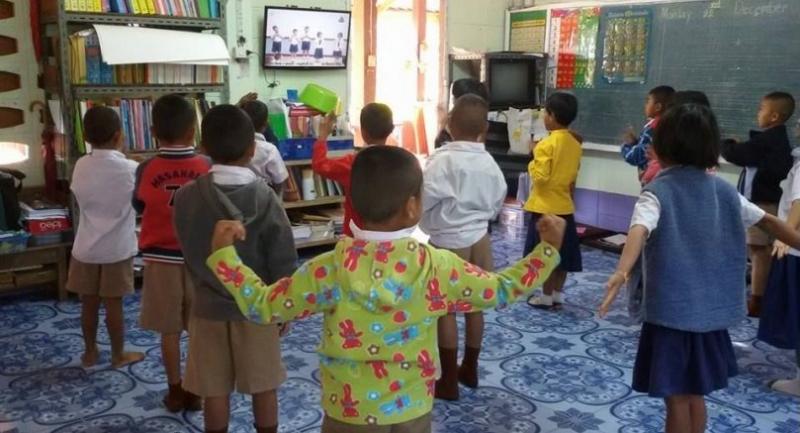 THE INDEPENDENT Committee for Education Reform (ICER) disagrees with the World Bank’s suggestion that Thailand merge its small schools to boost the quality of education.

“We believe small schools have their benefits. For example, it’s where teachers know each student in person, so they can provide attention to each student based on their aptitude,” ICER chairman Dr Charas Suwanwela said yesterday.
In a recent report, the World Bank suggested that Thailand merge its small schools to boost efficiency in human resources and budget usage, as well as the quality of education.
According to the World Bank report, merging small schools will bring the number of schools nationwide from 35,506 to 17,766 following the proposed merger, and the number of classrooms would come down from 344,009 to 259,561.
This model has been touted as a way to increase educational quality and solve the shortage of teachers on a sustainable basis. At present, some small schools have just one teacher, who handles students in different educational level.
Charas has argued that the focus should be on how best to improve small schools. In his view, small schools suffer due to limited financial resources. The government has been allocating funds to schools based mainly on a per-head basis. This means if the number of students is low, the financial support allocated is also low.
“But we should be able to solve these problems by seeking support from communities, business sector and the civil sector,” he said, adding that many schools have enjoyed success by partnering with different sectors.
Moreover, Charas said, it was now possible to use digital technology in teaching students at small schools.
ICER has come up with a plan to develop 25 per cent of the schools in remote areas or on islands and 10 per cent of schools in developed areas as models for small-school development under the educational-innovation law.