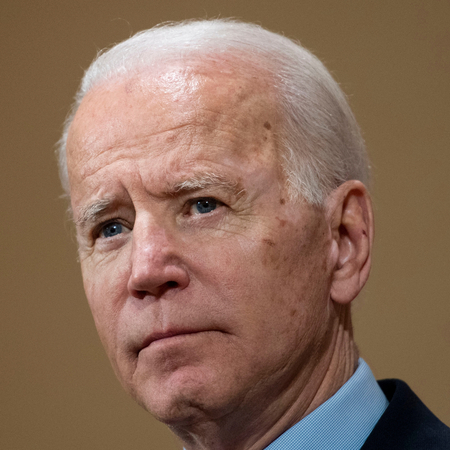 Joe Biden's presidential campaign on Wednesday deployed a new tactic to reach voters when bunting- strewn stages and boisterous rallies have been set aside: Using cinematic flourish to tease a major appearance with Barack Obama intended to excite Democrats and troll President Donald Trump with the presence of his popular predecessor.

Biden faces an urgent need to expand his digital presence in a campaign now likely to be defined to a great degree online, and will use the event - to be fully released on social media Thursday morning - as a way to reach Obama's nearly 121 million Twitter followers. It leans on the former president's stature and signature coolness - in the view of many voters Biden needs - to add sparkle as the campaign slogs through summer.

The video is also a sign of how much Biden and his team will focus on his partnership with Obama even as he goes through the process of searching for his own running mate.

After releasing an initial 60-second clip from the video on Tuesday morning, the Biden campaign previewed another snippet from the meeting hours later and touted that the full tape will be aired at 10 a.m. Thursday - a move that maximized attention toward the first in-person meeting between the two since Biden became the presumptive Democratic presidential nominee in April.

"They're getting better," said Rep. Debbie Dingell, D-Mich. "They're trying to get their message out. I think they're actually getting it and executing a plan that's bringing people in."

In an initial teaser, a camera captures Obama emerging in slow motion from a black SUV in the garage of an office building and making his way up via an elevator, where he is seen trailing Biden down a hallway.

The two sit in distanced leather chairs in an expansive office and talk - trash talk, actually - about Obama's successor and the man Biden hopes to unseat in November. They express disbelief about how Trump has handled the public health crisis caused by the novel coronavirus and tried to avoid blame for his government's failure to contain it.

"Can you imagine standing up when you were president and saying, 'It's not my responsibility. I take no responsibility.' Literally. Literally," Biden says. Obama's response: "Those words didn't come out of our mouths when we were in office."

In the video clip released hours later, Biden refers to Trump's entry into the 2016 race. "He ran by deliberately dividing people from the moment he came down that escalator," Biden says to Obama, who is sitting back with his legs crossed and listening.

The unusual videos - created to mimic how a network TV drama previews a major episode - also underscores a change forced by the pandemic: Denied an opportunity to appear together before a crowd, they're instead offering viewers a peek inside their relationship and a taste of their shared sensibilities.

"What [does] campaigning during a pandemic look like? This is it," said Eric Schultz, a spokesman for Obama. "This is an attempt at bringing together two beloved and respected leaders to discuss the challenges of our time."

It was the latest chapter in Obama's efforts to help his former vice president, a schedule of support that is expected to accelerate after the August Democratic convention. Obama has headlined two high-dollar fundraisers for Biden in recent weeks, along with a grass-roots one with Biden himself. He is scheduled to do another expensive fundraiser next week.

While the two men talk regularly, the videotaped meeting between Obama and Biden was the first time they have met in person since Biden became the presumptive nominee. They began discussing the idea of doing a video about a month ago, and it was filmed earlier this month in Obama's personal office in Washington.

"The challenge is how to create content that's compelling while also observing all of the best social distancing protocols," Schultz said. "And we wanted to showcase the chemistry between these two while still staying safe and showing best practices."

Biden and Obama's video teams worked jointly to film and stage the clips, according to a person familiar with the process who was not authorized to discuss the internal workings of the campaign.

The full video that will be released on Thursday is largely a policy discussion between Obama and Biden - and isn't expected to include any major news, such as who Obama might favor as a Biden running mate.

"We wanted to focus on making sure conversation is forward-looking and not backward," Schultz said. "We were purposeful in making sure it showcases what a Biden administration would look like."

Republicans are not so sure. "Joe Biden thinks he's the heir apparent to Obama's failed legacy, but let's be frank - Obama can't save his anemic presidential campaign," said Trump campaign spokesman Ken Farnaso. "Make no mistake, since 2015, the political class and their partners in the media have consistently underestimated the connection between President Trump and everyday American families."

Sam Nunberg, a former adviser to Trump, said that highlighting Obama could remind some voters why they backed Trump in the first place. "He is somebody who is not viewed as a competent president vis-a-vis the economy, the military and foreign policy," Nunberg said of Obama. "That said, it would be better if he was not on the scene. . . . Trump's reelection campaign was always going to have to have the most popular politician campaigning against him."

Obama is viewed favorably by nearly 63 percent of Americans, according to a May Fox News poll. The same survey showed that 48 percent see Biden favorably and just 43 percent had a favorable view of Trump.

In recent years, there are few examples of former presidents making a successful push for what's essentially a third term - if their presence on the campaign trail was even welcome. Bill Clinton, reeling from a sex scandal and impeachment, was sidelined during Al Gore's unsuccessful White House bid in 2000.

George W. Bush was unpopular as his second term came to a close and did little in the 2008 campaign. Even Obama was unable to excite enough voters in places like Michigan, Wisconsin and Pennsylvania to get Hillary Clinton into the White House four years ago.

But the dynamic is different now, said Steve Schmidt, who was a senior adviser to Republican Sen. John McCain's 2008 presidential bid. "Barack Obama was the country's last normal president," said Schmidt, who opposes Trump. "It will be a huge asset to have him."

In the video teasers, Biden and Obama make a big point of following health guidelines about meeting in person - each wears a mask at various points - a vivid contrast to Trump, who has ignored much of the health guidance and largely resisted mask use.

Obama and Biden are seated far apart, and they aren't seen shaking hands or embracing. (Instead, in a scene that's presumably from the end of the encounter, Obama bows his head slightly.)

Obama also focuses on a core feature of Biden's campaign message - his ability to empathize with others.

"It all starts with being able to relate," Obama says as Biden listens. "If you can sit down with a family and see your own family in them and the struggles that you've gone through or your parents went through or your kids are going through - if you can connect those struggles to somebody else's struggles, then you are going to work hard for them."

Polls show that Biden has opened a significant lead over Trump in recent weeks as voters have soured on the president's performance in office, particularly his handling of the virus. Biden leads Trump 55 percent to 40 percent among registered voters nationwide in a new Washington Post-ABC News poll.

At least 140,000 Americans have died of the virus this year, according to a Washington Post tally. And new infections are increasing in most states, forcing many school systems to announce that their fall classes will be online and threatening efforts to boost the teetering economy.

The view of Obama and Biden discussing how differently they would have handled the pandemic is intended as a reminder about what a more traditional presidency looks like.

"It reminds people of a world that was just seemingly less filled with day-to-day chaos," said Robert Gibbs, a former adviser to Obama who served as White House press secretary. "That reassures people. It calms people."

Obama also has the ability to vouch for Biden among key subgroups in the population. Gibbs pointed to a June Marquette University Law School poll of Wisconsin voters that found 77 percent of voters between the ages of 18 and 29, 65 percent of independent voters and 94 percent of voters who consider themselves "very liberal" held a favorable view of Obama.

"You have got an enormously popular president with many of the groups where you want his vice president to do well with and improve on," Gibbs said. "Having President Obama out there to make that case absolutely helps."

"Digital content has never been more important for campaigns, especially given covid," said Robby Mook, who managed Hillary Clinton's 2016 campaign. "And I can't think of a more interesting piece of digital content to be creating right now."