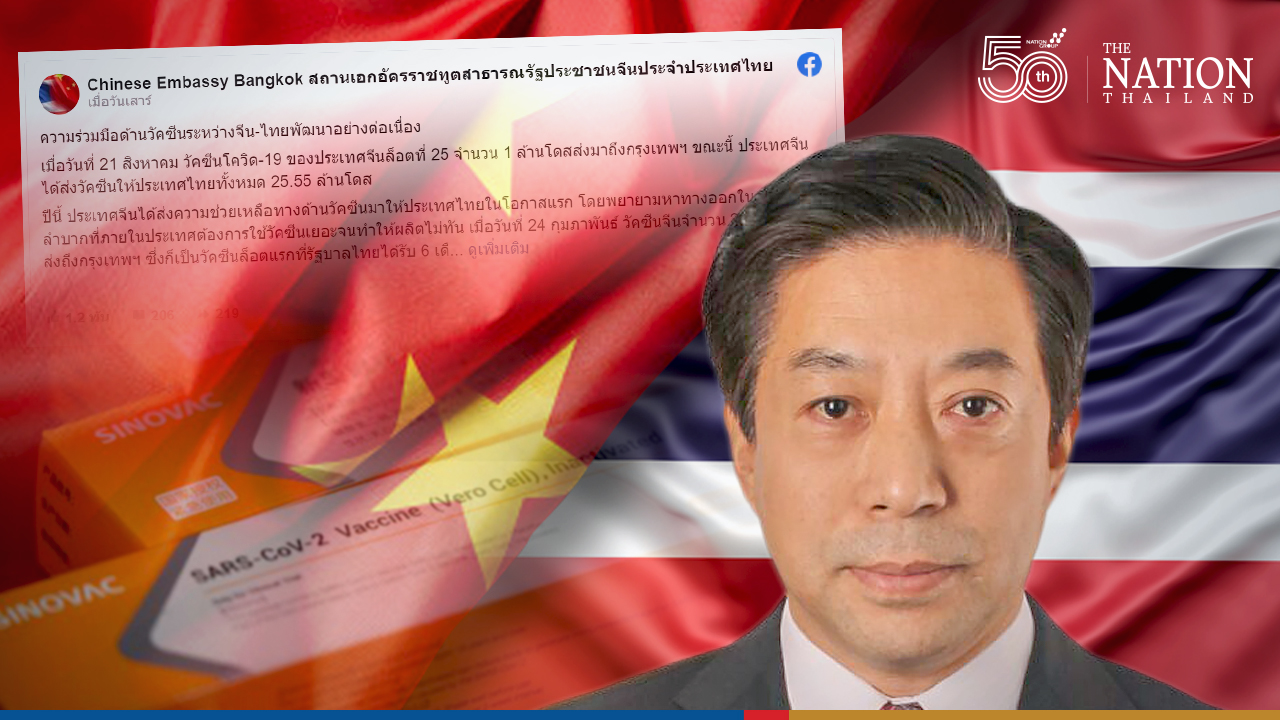 The Chinese Embassy in Bangkok took to Facebook on Sunday to reiterate that the Sinovac vaccine is effective against the raging coronavirus.

In a Facebook post, it also said 25.55 million doses of Sinovac have been delivered to Thailand by the Chinese government since February, with the latest lot of one million doses being delivered on August 21.

“In the past six months China has held on to the promise of delivering more than 60 per cent of all vaccines to be administered in Thailand to keep Thai people safe from the pandemic,” the post said.

“The Sinovac vaccine is effective against Covid-19 and has been approved by the World Health Organisation for emergency use and by more than than 100 countries,” the embassy said.

“A study by Thailand’s Department of Disease Control also revealed that Sinovac jabs have shown 98 per cent efficacy in keeping patients safe from developing severe symptoms and/or death,” the post said.

“Sinovac’s efficacy in preventing infection after two doses is generally 72 per cent. When divided by months, the infection prevention rate of Sinovac from May to July was still above 70 per cent on average, which means the vaccine is effective despite the spreading Delta variant,” it insisted.

Established medical journals such as the New England Journal of Medicine and The Lancet also published articles confirming that both Chinese vaccines, Sinovac and Sinopharm, are effective against Covid-19, the embassy said.

“China aims to deliver 2 billion doses of vaccine worldwide this year and will also donate $100 million [THB3.32 billion] to the Covax programme to procure vaccines for developing nations,” the post went on to say.

“China’s vaccine cooperation with other countries has no political motives other than the ultimate goal of overcoming the Covid-19 crisis as soon as possible,” the embassy post added.