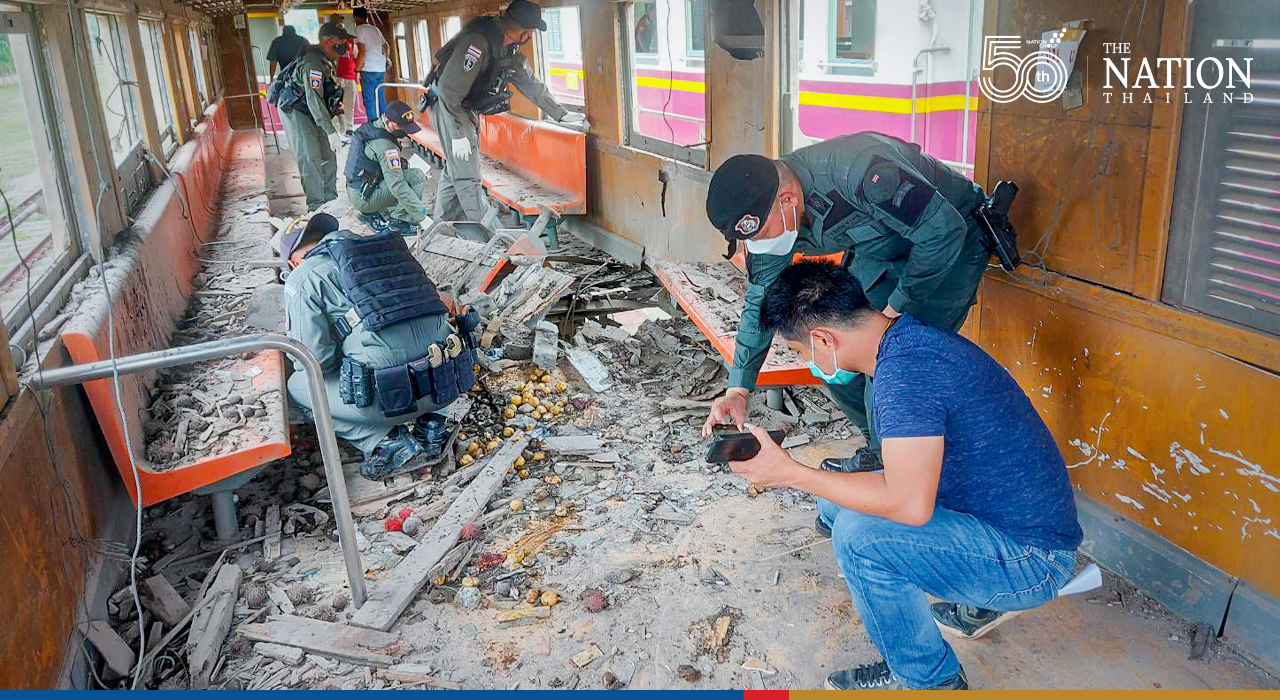 Cargo train damaged after attack by suspected insurgents in Narathiwat

A special cargo train carrying agricultural products was partially damaged after a bomb and gun attacks by suspected insurgents in the deep South. The incidents happened a kilometre away from Tanyong Mat railway station in Narathiwat province.

Gunshots were fired at officers but no one was injured.

At 12.20pm on Saturday, a bomb exploded on a railway track at the 1104 kilometre mark, between Ban Pha Pai and Tanyong Mat stations, while train No. 986 was approaching the Tanyong Mat station in Ra-ngae district. Several gunshots were fired at the carriage where the convoy was stationed.

The train was the first special cargo train, routed from Sungai Kolok to Bangkok to transport agricultural products and parcels from the southern border provinces in a bid to alleviate the suffering from the Covid-19 control and travel restrictions of farmers, merchants and people in the South.

The fifth compartment of third class locomotive No. 440, which was carrying fruits from farmers in the southern border provinces, was damaged. None of the staff or passengers were injured.

However, after the incident, the State Railway of Thailand indefinitely suspend the special train operations, as it was intended for transporting agricultural products during the oversupply season and to increase distribution opportunity for farmers and traders.

Air travel to resume in dark red provinces from Sept 1