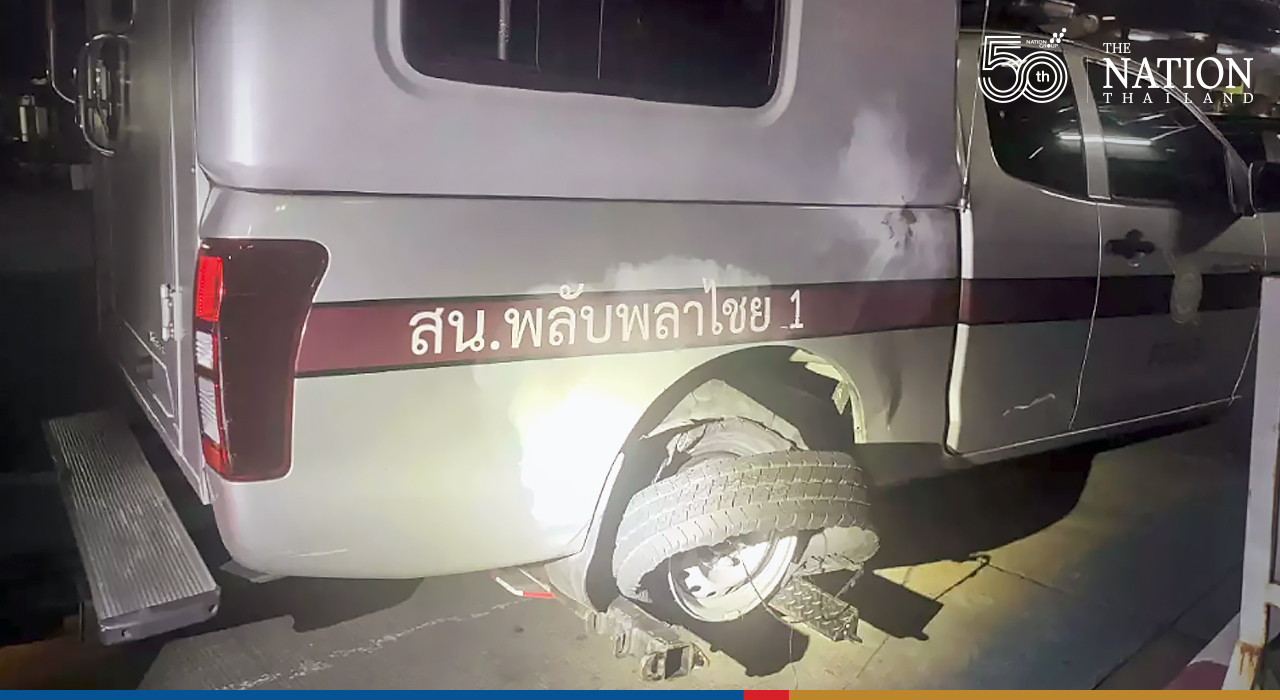 An investigation has been launched into an incident on Sunday when a police vehicle hit a protester while allegedly trying to flee a group of attackers. The vehicle was seriously damaged, and police are collecting evidence to take action against the perpetrators.

The Metropolitan Police Bureau held a press conference on Monday to explain images of a police car running over an anti-government protester at Bangkok’s Din Daeng intersection late on Sunday.

They said initial investigation shows that the vehicle belonged to the Plubpla Chai 1 Police Station and was being driven by Sergeant Noraset (last name withheld). He had reportedly been ordered by the Metropolitan Police Division 6 to support the crowd-control mission near the police headquarters before heading to the Narcotics Suppression Bureau on Vibhavadi-Rangsit Road.

At around 11.30pm on Sunday, Sgt Noraset was ordered to drive back to Plubpla Chai 1 Police Station as the situation at the Din Daeng intersection had been brought under control. About 15 minutes later, Sgt Noraset arrived at the intersection when a group of six or seven people ran towards his vehicle and began hitting it with sticks and other objects. They also shattered the windscreen on the driver’s side.

Sgt Noraset said he kept hearing “explosions”, so decided to speed away. However, he ended up hitting a protester who suddenly showed up in front of the car. The crash made a tyre burst and brought the vehicle to a standstill.

Metropolitan Police have said they will examine the facts and ensure all parties are treated fairly. If the injured person files a complaint against Sgt Noraset, then the investigating officer will collect relevant evidence for legal procedure, police said.