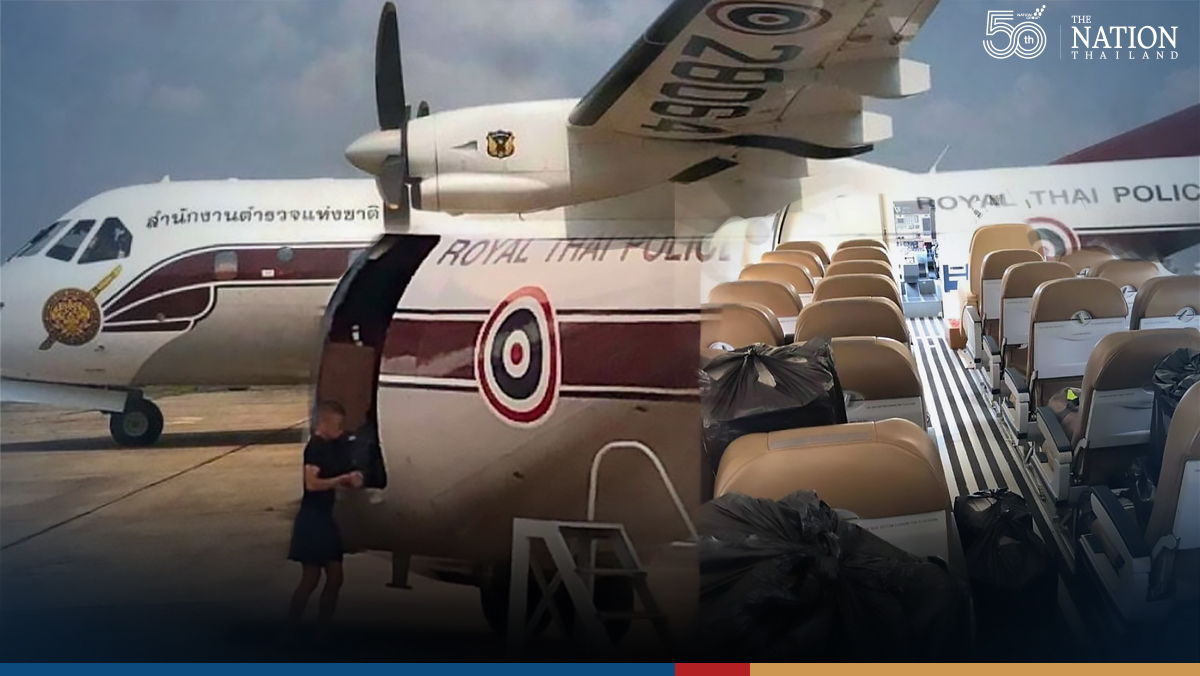 The National Anti-Corruption Commission (NACC) is close to reaching a conclusion in the case of police planes being allegedly used to smuggle liquor from Hat Yai, the deputy secretary-general of the NACC, Niwatchai Kasemmongkol, said on Friday.

He was responding to a post on Facebook page “@Watchdog.ACT” which questioned progress of the investigation into the case. The alleged incident took place in March 2018 when two planes of the Royal Thai Police model CN235-220M and Falcon 2000 were reportedly sighted transporting liquor from Hat Yai International Airport in Songkhla province to the Thai Police Aviation Division (TPAD) in Bangkok.

Over 20 cases of liquor were reportedly covered with black plastic bags before being unloaded from the planes to a pickup truck at the TPAD while two police officers reportedly supervised the operation. A similar incident reportedly happened in May 2018, prompting related agencies to file a case with the NACC for immediate investigation.

Don’t fall for ‘too good to be true’ deals on Facebook, police warn

“Although the incidents had taken place in 2018, the case was actually filed at the NACC only in October 2020, which is less than a year ago,” said Niwatchai.

“The commission found that there is prima facie evidence for two offences: using police airplanes to smuggle liquor without going through Customs procedures, and using police flight training allowance for wrongful propose.

“The NACC has carefully investigated all evidence and witnesses and is nearly at the conclusion stage. The case has not been delayed or interfered with by other parties as rumoured,” he added.