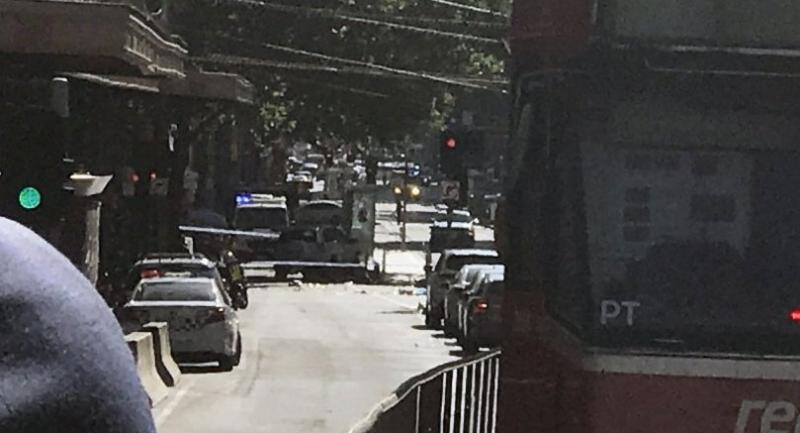 Melbourne - A car ploughed into a crowd in Australia's second-largest city on Thursday, injuring at least a dozen people, some of them seriously, officials said.

Victoria state police said they had arrested the driver of the car after it "collided with a number of pedestrians" in downtown Melbourne at a busy intersection just before 5pm local time (0600 GMT).

Police did not immediately say whether the driver had acted deliberately.

Paramedics were "treating and transporting to hospital" 13 people, with some seriously injured after the collision on Flinders Street between Elizabeth and Swanston streets, Ambulance Victoria added.

Sky News Australia reported that a pre-school child with a head injury was taken to hospital in a serious condition.

Citing witnesses, Sky said a white Suzuki SUV with two men inside drove into the crowd, with no signs the vehicle made an effort to slow down, but later crashed into a bollard.

In a tweet, police appealed to members of the public to upload any images they might have of the incident to a cloud address to help assist with their investigation.

"We could hear this noise, as we looked left, we saw this white car, it just mowed everybody down," she said.

Another witness, John, told ABC Radio Melbourne that he saw a "SUV coming at high speed".

"(I) really just heard the collision with people with bags and what must be shopping trolleys - and I hope not prams," he said.

"I've really never seen anything like this before and I haven't stopped shaking."

The incident came months after a car mowed down pedestrians in Melbourne's busiest mall in January, killing six people.

The driver, whose case is still being heard in court, had been pursued by police prior to the rampage after he had allegedly stabbed his brother.//AFP