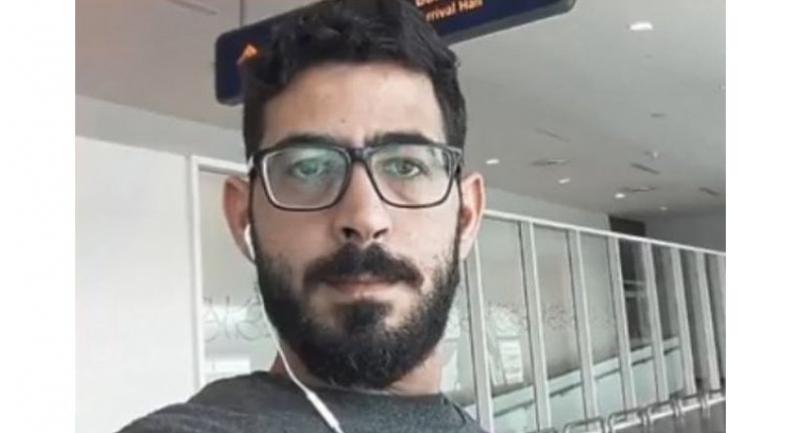 PUTRAJAYA: Hassan al Kontar, the Syrian man who had been stranded at the Kuala Lumpur International Airport 2 (KLIA2) since March, not unlike Tom Hanks' character in the movie The Terminal, has been arrested by the police.

Immigration director-general Datuk Seri Mustafar Ali said Hassan was detained by the police on Monday (Oct 1) for being in a “forbidden area” of the airport.

“Flight passengers with boarding passes at the boarding area are supposed to get on their flight. But this man did not do so. So he is situated in a forbidden zone, therefore the authorities had to take the necessary action,” said Mustafar at a press conference at the Immigration headquarters here Tuesday.

Mustafar said after police finished questioning Hassan, the Syrian national would be referred to the Immigration Department.

“In this case, we will then communicate with the Syrian embassy to facilitate his deportation to his home country.

“The man claimed that he does not want to return to Syria because he is afraid of becoming a soldier there, or whatever his real reason is.

“But we need to have closure here,” said Mustafar.

The 36-year-old Syrian has reportedly been stuck in transit at KLIA2 since March.

He posted videos of his life stuck in transit on social media, and has attracted the attention of human rights groups and the media.

Meanwhile, at the same press conference, Mustafar announced that Immigration Department had unveiled the new design for the Malaysian visa and Malaysian pass, which came with high-tech security features.

Mustafar said the new design had features that made it more difficult to forge.

“The new design for the Malaysian visa and Malaysian pass was officially released yesterday. New applications for the visa will receive the new design.

“Those who hold visas that are still valid need not replace them with the new one until the term has expired,” said Mustafar.