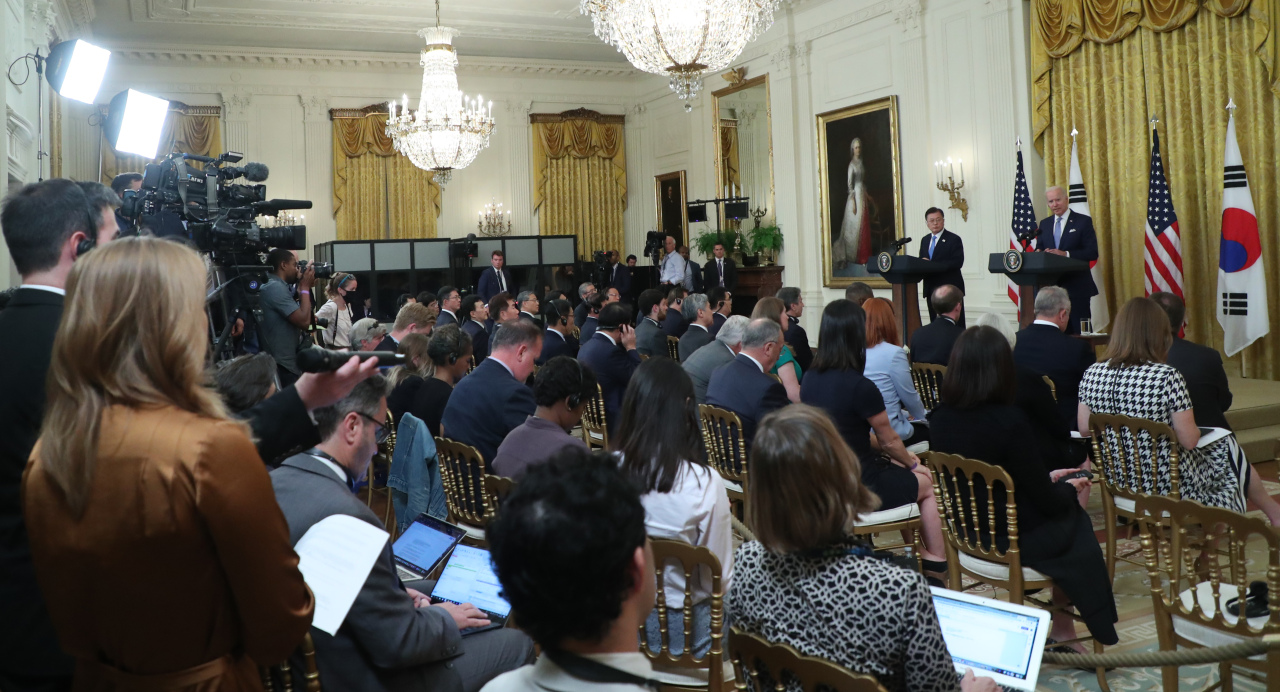 He was speaking right after the summit with President Joe Biden at the White House.

"I am pleased to announce the termination of the missile guidelines," Moon told reporters, with Biden standing next to him.

Moon described it as a "symbolic and substantive" measure demonstrating the robustness of the alliance along with a recent deal on sharing the cost for American troops stationed on the peninsula.

The accord was introduced under the Park Chung-hee government's bid to secure related technology transfer from the ally. In return, Seoul agreed to cap its ballistic missiles to a range of 180 kilometers and a payload to 500 kilograms.

Through ensuing revisions, the range was extended to 800km with the payload restriction lifted. In the latest revision made public in July 2020, Seoul won Washington's approval for the development of solid-propellant space rockets.

The liberal Moon administration has been pushing to beef up South Korea's own defense capabilities. Moon's aides say the termination of the bilateral guidelines means "missile sovereignty" for South Korea.

Moon added that the allies have agreed to bolster the combined defense posture and reaffirmed their commitment to the transition of operational control (OPCON) of Korean forces in the event of war. The U.S. maintains the OPCON in a legacy of the 1950-53 Korean War and it has an agreement on "conditions-based" transfer to South Korea.

Longtime tensions in southern Chinese waters were also discussed in the Moon-Biden summit.

Moon said the two sides agreed to work more closely for peace and stability in the Taiwan Strait especially in consideration of the uneasy characteristics of China-Taiwan relations. (Joint Press Corps)