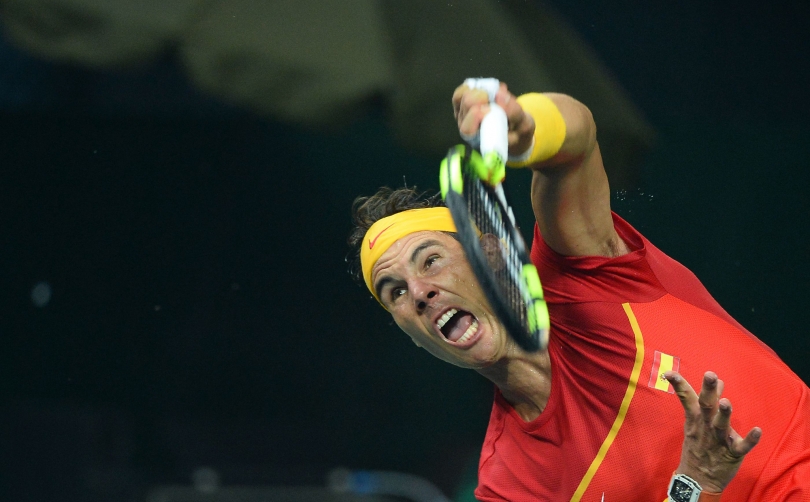 LONDON, Sept 19, 2016 (AFP) - Rafael Nadal and British Olympic great Mo Farah said they have nothing to hide after their medical records were the latest to be leaked by a cyber-hacking group on Monday.

They are among more than 60 international athletes, including 17 from the British team at the Rio Olympics, who have had their medical files -- mostly therapeutic use exemptions (TUEs) -- published online by the so-called Fancy Bears, who have hacked into World Anti-Doping Agency (WADA) records.

There is no suggestion that any of the named athletes -- among them some of the biggest names in sport -- have done anything wrong.

Spanish tennis ace Nadal and four-time Olympic champion distance runner Farah were shown to have used TUEs in the past to gain permission to take substances that figure on WADA's banned list.

TUEs can be issued to athletes who have an illness or condition that requires the use of normally prohibited medication.

"When you ask permission to take something for therapeutic reasons and they give it to you, you're not taking anything prohibited," Nadal, a 14-time Grand Slam winner, told Spanish media.

"It's not news, it's just inflammatory."

Nadal, who has twice been granted a TUE, said he had never taken anything to improve his performance but took what doctors advised him was the best medication to care for his troublesome knee.

Far from complaining about the leak of his files -- believed to be the work of Russian hackers -- Nadal said he would support the publishing of all medical records.

"It would be much more beneficial for sportsmen and women, spectators and media that every time a drug test is taken the news is made public and two weeks later there are the results," he added.

"This would end the problem. Sport has to take a step forward and be totally transparent. I have been saying this for years."

Nadal and Farah were among 26 athletes in Monday's fourth batch to have their medical history published by Fancy Bears, following the likes of Serena and Venus Williams, American gymnast Simone Biles and British Tour de France-winning cyclists Bradley Wiggins and Chris Froome.

There is no suggestion they are involved in any wrongdoing but the leaking of their records has reopened the debate about TUEs and in particular whether the system is open to abuse from competitors gaining an advantage by taking banned drugs.

The first of Farah's two TUEs was in 2008 for the same drug prescribed to fellow Olympic champion Wiggins -- triamcinolone, a type of steroid.

His other exemption was for a saline drip and two pain-killers that the 33-year-old was given after he collapsed in Park City, Utah, where he was training at altitude in 2014.

He originally said this 2014 TUE was his only one at a press conference in Birmingham last June when asked about his coach Alberto Salazar, who remains under investigation by the United States Anti-Doping Agency (USADA).

But a few weeks later in an interview with Sky Sports News he mentioned the 2008 triamcinolone injection.

A spokesperson for Farah said: "As Mo has previously stated, he has got nothing to hide and doesn't have a problem with this or any of his (medical) information being released -- as evidenced by the fact that he voluntarily shared his blood data with the Sunday Times last year.

"Mo's medical care is overseen at all times by British Athletics and over the course of his long career he has only ever had two TUEs."