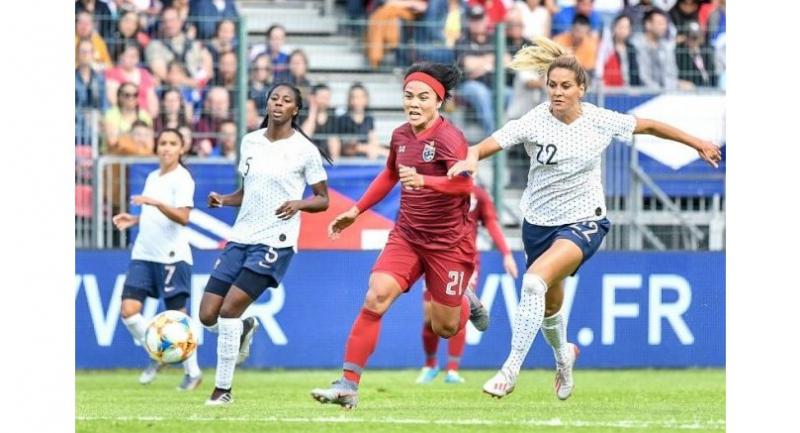 France continued preparations for their charge for Women’s World Cup glory with a stuttering but eventually comprehensive 3-0 win over Thailand on Saturday.

Substitute Kadidiatou Diani was the star for the much-changed Les Bleus, who have never won the World Cup, with a second-half brace that saw a France team shorn of the majority of its Lyon stars cruise to victory despite missing two penalties after the break.

The French are hosting the World Cup, which kicks off in just under two weeks, and are among the favourites.

France missed their first penalty when Grace Geyoro crashed her spot-kick against the bar, before Diani cheekily pinched the ball off Sudarat Chuchuen and rolled home her first with 12 minutes left.

saw well-saved by Thailand stopper Sukanya Chor. Thailand open their campaign against the USA on June 12 followed by games against Sweden and