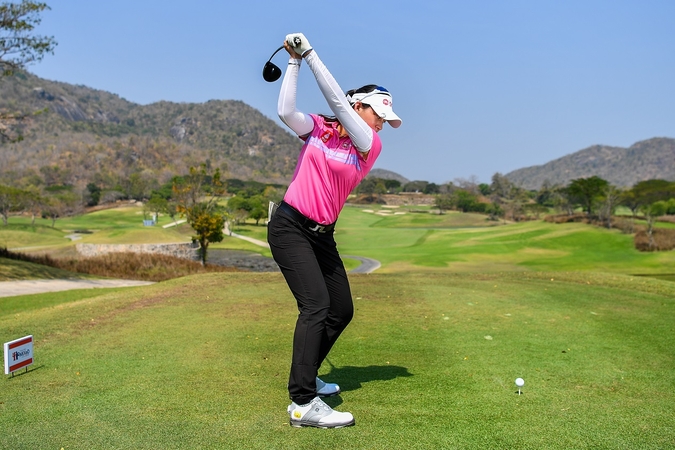 Thailand’s first-ever battle between male and female star players will see a strong challenge from 2020 All Thailand Golf Tour No 1 Pavit, 2020 Thai PGA Tour No 1 Panuphol and 2020 Thai LPGA Tour No 1 Atthaya. The February 25-28 tournament will be competed in a stroke-play format over 72 holes, with the full 7,285-yard course for the men cut to 6,277 yards for the women.

Pavit, 31 and winner of the Boonchu Ruangkit Championship last year, will tee off alongside hometown favourite Prom Meesawat and former Thai LPGA star Prima Thammaraks at 8.30am.

“I’ve never played this format before,” said Pavit, who hails from Bangkok. “Playing against female players will be fun. It’s such a ground-breaking event,” said the two-time Asian Tour winner.

Panuphol, 28, will be accompanied by two female stars of the Thai LPGA – Budsabakorn Sukapan and 2018 LET Thailand Championship victor Kanyalak Preedasuttijit – when they tee off at 12.55pm.

“I can’t wait to get back to the greens after the long break,” said the two-time Asian Tour champion. “This is a special tournament so I’m excited to enter the field.”

However, all eyes will be on teen sensation Atthaya after she dominated the Thailand LPGA Tour last year with five victories.

“Competing against top players on the men’s tour as well as top female players will be a big challenge,” said the 18-year-old from Ratchaburi. “But after working hard in the offseason, this will be a test of where my game is right now,” added the rising star, who is in the same group as Parinda Phokan and Gunn Charoenkul.

All players tested negative for Covid-19 on Wednesday.

The top 60 who make the cut will proceed to the weekend rounds.

and on the TrustGolf YouTube channel. T-Sports will also broadcast live coverage of the weekend rounds on television.