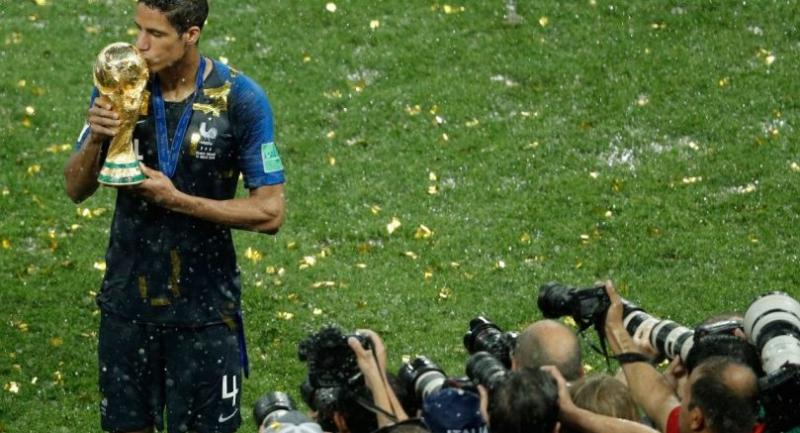 Luka Modric was nominated for the prize as well after helping Croatia reach the final, with the Real Madrid midfielder named the player of the tournament in Russia.

However, there was no place for Paris Saint-Germain and Brazil forward Neymar, whose country lost 2-1 to Belgium in the quarter-finals of the World Cup.

France coach Didier Deschamps and compatriot Zinedine Zidane, who led Real Madrid to a third successive Champions League title, headlined the 11 candidates in the running for men's coach of the year.

Deschamps became just the third man to lift the World Cup trophy as both a player and a coach, joining an exclusive club featuring Mario Zagallo and Franz Beckenbauer.

Zlatko Dalic was recognised after Croatia's impressive run to the final, while Gareth Southgate and Roberto Martinez were also among the nominees, having respectively led England and Belgium to the last four.

Six members of Lyon's Champions League-winning side are in contention for the women's player of the year award, including Norwegian forward Ada Hegerberg, whose 15 goals fired them to a record fifth European title.

Lyon boss Reynald Pedros is one of 10 nominees for the best women's coach.

With the help of fan voting, the final lists will be trimmed to three candidates in each category and revealed in early September.

This is the third edition of the Best FIFA awards following the end of a six-year merger between the FIFA honour and France Football's Ballon d'Or in 2016.

Ronaldo is the two-time winner of the accolade, which is a revival of the FIFA World Player of the Year award.//AFP