The European Union in Thailand will launch the 28th European Union Film Festival on November 29 at CU Centenary Park, enabling the wider public to be part of this special experience.

This is the second year the festival has been organised in an open-air setting. Subsequent public screenings will take place from November 30 to December 15.

The opening film will be The Ragged Life of Juice Leskinen (Finland), commencing at CU Centenary Park at 6.30pm.

In total, there will be 17 films screened at eight different locations in Bangkok, including CU Centenary Park, residences of EU member states’ ambassadors and the European cultural institute.

Participating films from different EU member states depict various aspects of the European Union, including cultural diversity and heritage as well as history. Many of the movies shown are critically acclaimed or award-winning films, offering the audience an alternative to the mainstream cinema experience. 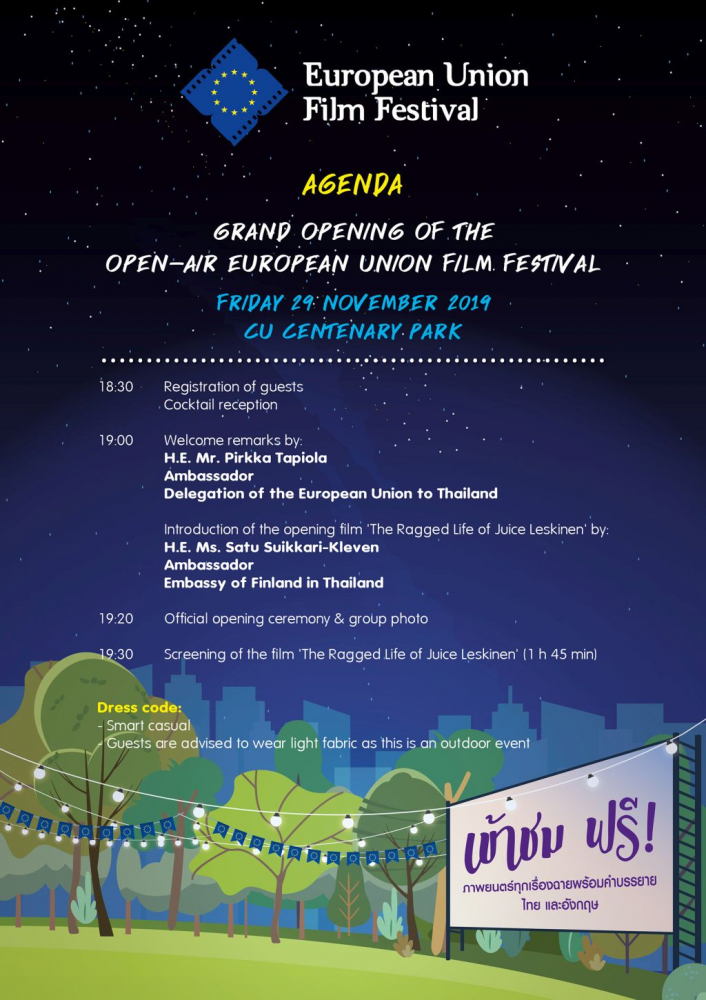 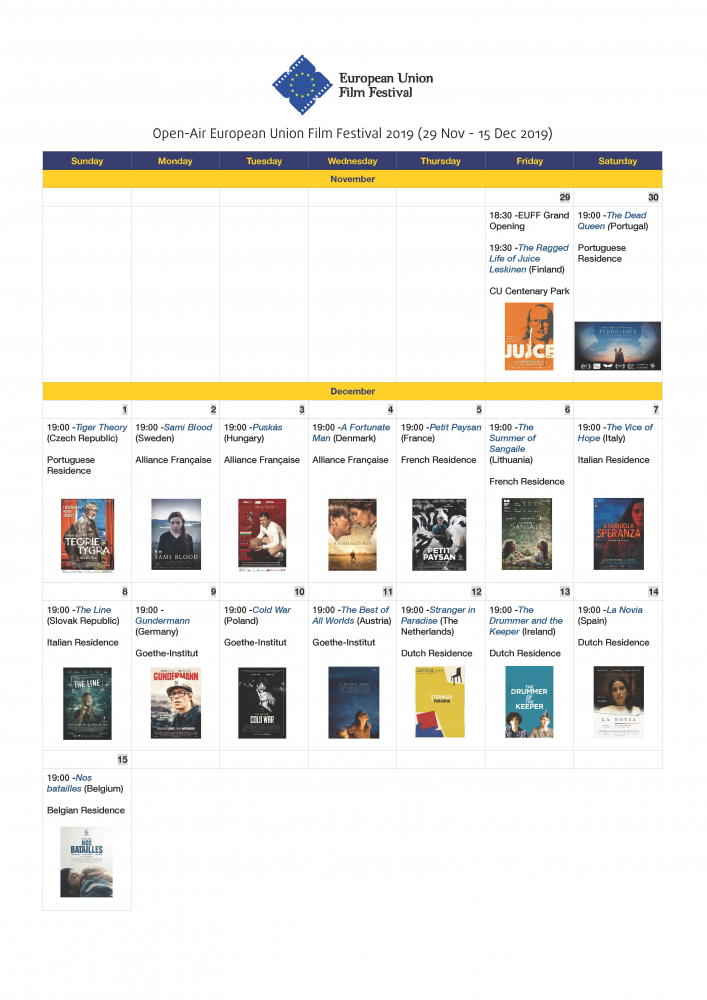