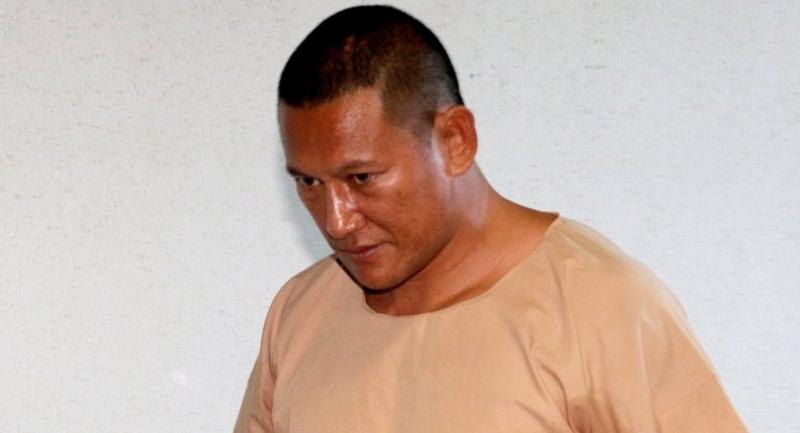 Malaysian police will testify as plaintiff witnesses in a drug case against alleged Lao drug kingpin Xaysana Keopimpha and his two alleged accomplices.

Xaysana, 42, had lived a high-profile, extravagant life for years until his dramatic arrest at Suvarnabhumi Airport earlier this year.

On Monday, public prosecutors produced to the Criminal Court the list of witnesses for the second case.

It includes Malaysian police who played a role in the arrest of Sainudeng Ma, a suspected major drug trafficker in Malaysia, because he allegedly ordered drugs from Laos.

All the defendants have to date denied any wrongdoing.

Ratchapon will present his parents and the parents of his ex-wife as witnesses in a bid to prove that he is not unusually rich. According to him, there is evidence that he has been struggling to pay premiums for his son’s life insurance.

Xaysana and Chumphon will present several witnesses, including some jail inmates.

Xaysana, Chumphon and Ratchapon are all detained at the Central Prison. Public prosecutors have objected to their release on bail, citing that their alleged crimes carry heavy punishments and there is a risk they may abscond.