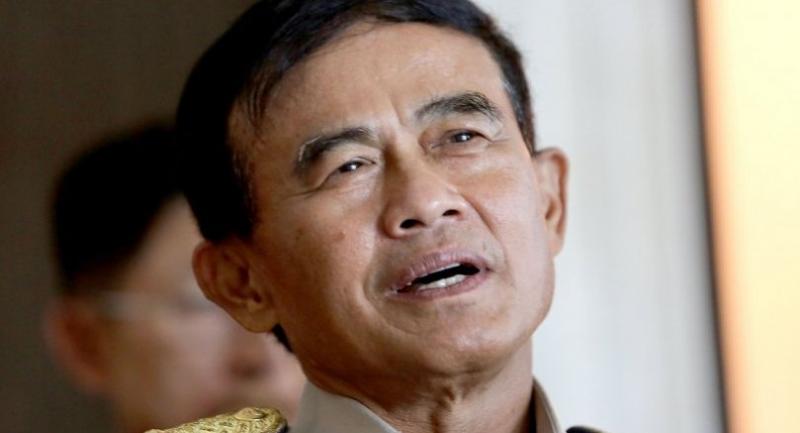 A PRIVY councillor suggested yesterday that the government take a medical approach toward tackling drug problems instead of resorting to criminal proceedings.

“Putting drug abusers behind bars does not mean they can give up drugs,” General Paiboon Koomchaya, who served as justice minister before being appointed to the Privy Council in late 2016, said at a seminar yesterday.

Organised by HRH Princess Bajrakitiyabha’s Projects Office, the seminar addressed drugs-related issues in a bid to encourage relevant parties to explore solutions from lessons learnt from the past.

Paiboon said more than 220,000 people in Thailand had been put behind bars for drugs-related offences.

“We have to look for ways to take these people out of jail and help them contribute constructively to their families and society,” he said.

According to Deputy Prime Minister and Justice Minister ACM Prajin Juntong, the number of inmates in Thailand hovered at around 6,000 six decades ago, jumped to 75,000 in 1977, before reaching the overwhelming number of 356,000 at present.

“Thailand is ranked 6th in the world when it comes to the number of inmates,” Prajin pointed out.

Paiboon added that he had personally taken part in several drugs-related arrests while he was posted in border provinces.

“However, my attitude toward drug suspects changed over time. Illicit drugs are just like alcohol and cigarettes, as they damage people more,” he said.

He added that while he was at the helm of the Justice Ministry, he had pushed for the amendment of several laws so the drug problem could be tackled from a medical perspective. Prajin also cited a US study, which showed that drug addiction was a disease, not a moral failure.

Steve Sussman, a professor of preventive medicine, psychology and social work at the University of Southern California, said in his 2017 study that drug-abuse was not the only addictive disorder in today’s world.

Meanwhile, Professor Bruce Alexander from Canada’s Simon Fraser University told the seminar that people should be aware of other forms of addiction too.

“When one repeats the same behaviour again and again, addiction can develop. When a person gets addicted, he gets taken away from his family,” he said, adding that it takes time, constant effort and patience in solving addiction problems.

“Be kind and patient. Then, we will see tangible results,” Alexander said.