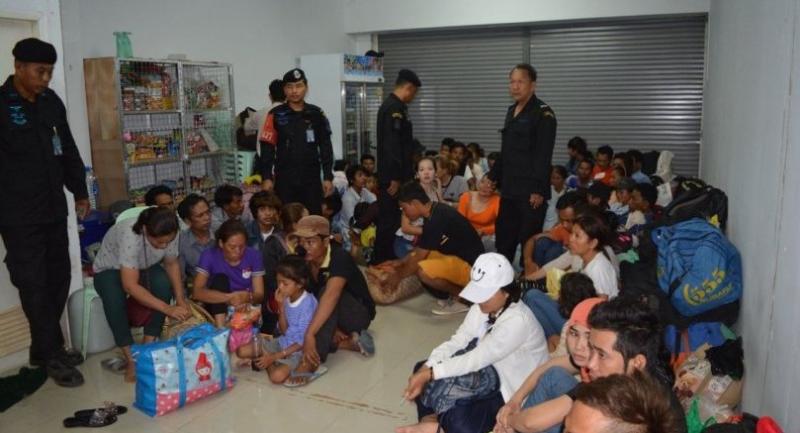 Rangers and police rescued 65 Cambodians including children who had been lured by a Cambodian broker and locked in a shophouse for three days at Rong Klua Market in Sa Kaew province.

The rangers, Klong Luek police and Sa Kaew immigration police checked the market after they learned from informants that some Cambodians had been smuggled across the border to the market, pending them being smuggled to Bangkok and Samut Prakan province.

Authorities noticed a two-unit shophouse with its front door locked and they heard sounds from inside.

Authorities broke into the building and found 37 Cambodian men and 23 Cambodian women as well as five children sitting on the two floors inside the two connected units. They did not have travel documents.

They told authorities they sneaked across the border after paying a Cambodian broker up to Bt2,500 each.

They were told to wait at the shophouse for a vehicle to pick them up and transport them to employers in Bangkok and Samut Prakan.

They said they waited for three days and could not leave because the doors were locked.

They were also told not to leave the shophouse, and face arrested and deported if they did.

The 65 illegals were sent to the Sa Kaew’s immigration office, pending deportation.