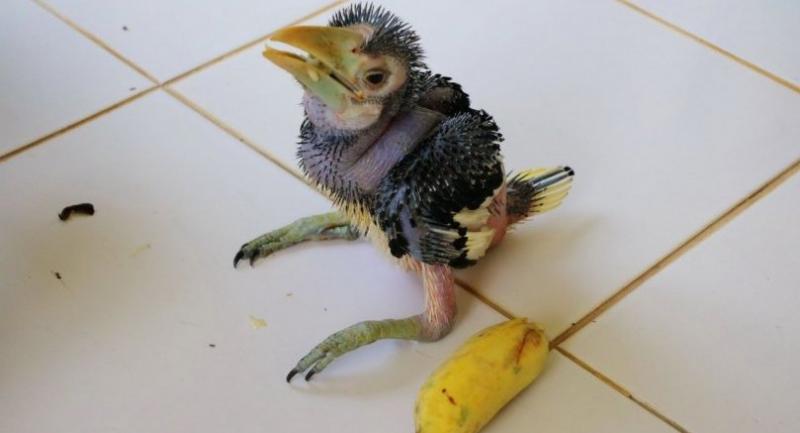 Claiming there is a demand for baby hornbills from Phang Nga’s Koh Yao district, which are selling for Bt3,000 to Bt5,000 per pair, a member of the Tambon Kho Yao Noi Municipality and the Koh Yao conservation group on Thursday urged people to stop trading wildlife animals that are on the verge of extinction.

Saowakhon Reungsamut said a pair of baby hornbills, which were raised by a local resident, had been sold to an outsider in the past month despite the conservation group’s effort to keep the birds in the area.

“If local people lack awareness about conserving hornbills, soon children will only have photos to remind them that the province used to have hornbills because the birds will be extinct,” she said.

Pictures of the dead adult hornbill at the nest were published on April 23 on the Facebook fan page “Raorak Kohyao”, garnering more than 2,000 comments and 7,600 shares.

As authorities try to retrieve the other fledgling, Boonrod will be kept at the station, nursed back to health and trained in preparation for its release back into the wild.