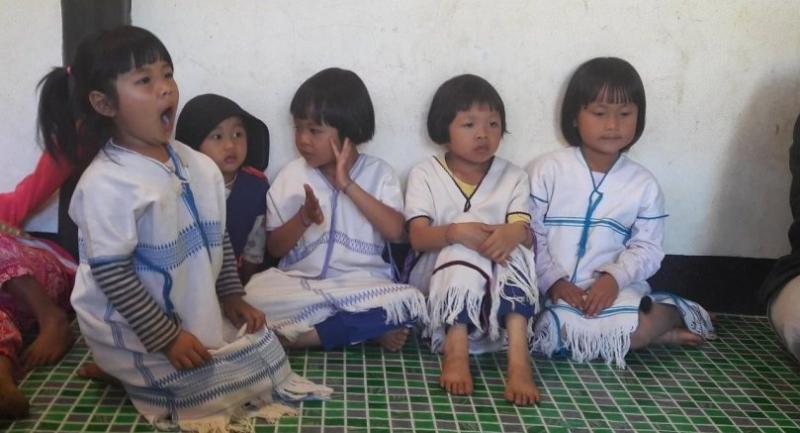 IN CHIANG MAI’S Mae Chaem district, San Pu Loei School has opened its door to children from the Karen ethnic minority who previously did not have access to formal education.

The school has just one room and 10 sets of desks and chairs. Teaching materials are also very meagre, with only a few posters on display.

The Office of the Non-formal and Informal Education (ONIE) has designated San Pu Leoi School as an educational institute to fill a gap in Thailand’s educational sector.

Without the school, young children in the area would not have access to education. However, due to financial constraints, the school has to make do with limited teaching materials.

Education Council secretary-general Chaipreuk Sereerak, who visited the school earlier this month, said he would raise the budget issue with Education Minister Teerakiat Jareonsettasin to seek a “fair budget” for the ONIE.

“The ONIE should get a budget for young children’s education as educational agencies assigned to provide such education normally receive a state budget,” he said.

ONIE secretary-general Kritchai Arunrat said while his agency had received a budget for the provision of primary, secondary and vocational education in the informal and non-formal sector, it had not received a budget to provide education for young children.

“But given that we cannot ignore hill-tribe children in remote areas, we have now been using a budget for illiterate people in funding schools for these children,” Kritchai said.

He said the budget was just Bt500 per head per year.

This amount is far too little when compared with Bt1,700 that the Office of Basic Education Commission (OBEC) receives for the education of preschool children.

“It should be noted that the OBEC may be unable to cover all young children, as some live in remote areas,” Kritchai said. “That’s why a state budget should be allocated to agencies that have been filling the gap.”

According to the law, the ONIE does not have direct duties to provide primary education. Its main job responsibilities are to offer formal and non-formal education to people aged between 15 and 75.

Kritchai, however, argued that in practice the agency had also taken care of young children and it deserved to receive a budget for such work.

At San Pu Leoi School, children aged between three and five years old attend a flag-raising ceremony together at 8am and then do exercise for half an hour. At 9am, they are given milk and begin academic exercises. They are also allowed to learn on their own by playing or painting pictures. At 11.30am, they have lunch, as a local administrative body provides Bt20 per child lunch and hires a cook.

In the afternoon, students continue with their informal education and they leave at 3pm.

“I also agree we must take care of children younger than three years old. If their parents cannot watch over them, these children can come to my school,” said Amporn Sukjai, a teacher at the school.

After classes, she also helps elderly people learn how to read and write.

The learning environment at San Pu Loei School is far different that that at Ban Chang Khoeng Samakee Wittayakhan School, which is also located in Chiang Mai’s Mae Chaem district and has an ample budget to buy teaching materials.

There are programmes for young children to exercise as well as life-skills curricula such as raising chickens and collecting eggs, cultivating plants and scrubbing floors. The pupils appeared to be patient and have good discipline.

Academic pursuits include teaching them simple maths, while Thai-language class focuses first on listening and speaking before tackling writing.

“We also teach young children how to analyse their ideas, words and sentences,” a teacher said.