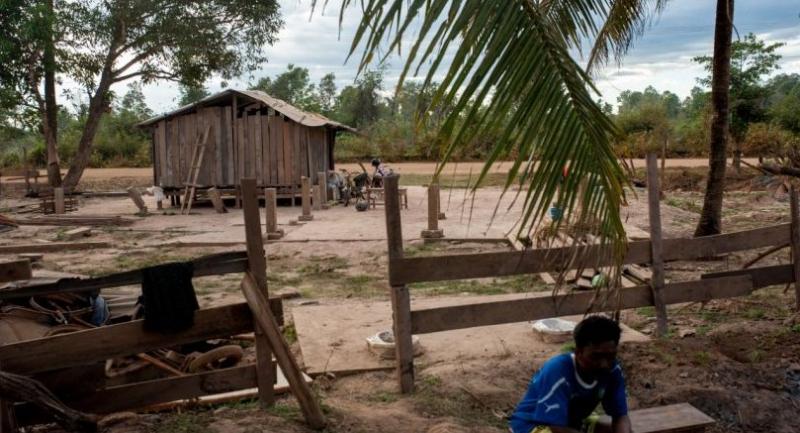 THE LIVES of dam disaster victims in southern Laos have changed for the worse six months after a deadly wave brought by flash floods following the collapse of the Xe Pian-Xe Namnoi dam washed away their properties, their loved ones, their dreams and hopes for the future.

Chang Sithanon is a 13-year-old Lao boy from the small rural village of Ban Samong in Sanamxay district of Attapeu province. He was a playful teenager, who loved to swim in the river and play in the field with his many friends. He had a loving family consisting of his father and mother, and a nearby uncle and male cousin, who was a little older than him.

But life unexpectedly turned upside-down on the night of July 23 – a full six months ago today. Chang, who now resides at Pindong camp, remembers clearly the nightmare of that night when he lost his family members, his normal teenage life and his dreams for the future.

Calm before the storm

Following heavy rains over the previous few days, the afternoon of that Monday in late July was dry with a partially overcast sky, with no portents of the tragic disaster about to befall the peaceful farming villages along Xe Pian River. Chang recalls that after finishing school for the day, he went directly for a sleepover to his cousin’s house at Ban Thasangchan, which was located about three kilometres upriver on the opposite bank from his home.

The river water was high, fast-flowing and had already flooded the low-lying plains, but Chang was not concerned as the river often overflowed and flooded the riverside communities. He continued the journey to his cousin’s house, which also sat beside the river. There was no alarm about the dangerous condition of the dam upriver, which was by then close to collapse. Neither was there a flash-flood warning, Chang said, and so they continued as usual with their activities and dinner that evening without realising that a wall of water as high as 16 metres was crashing down the river right towards them.

In a shivering voice with tears in his eyes, Chang recounted his memories of that night, beginning with the high wave of a flash flood slamming into his uncle’s house with a force that shook the building.

The water level rose rapidly and uprooted trees, and the debris from destroyed structures upstream crashed against the housewalls, Chang said.

As the house began to crack and crumble, Chang held his cousin’s hand tight and together they jumped into the raging torrent in the darkness. The current overwhelmed them, the pair lost their handgrip and the wave separated the teens, carrying Chang’s cousin away into the darkness. It was the last time Chang saw his cousin. The boy tumbled onto a big tree and luckily was able to grab the branches and climb to safety. Chang remained alone in the dark for more than 8 hours, to his surprise, his parents found him.

He was later told that his uncle’s family had been wiped out that night, and also many of his friends. His uncle’s house and also his parents’ house were completely destroyed.

“I was so terrified,” he recalled. “I am now afraid of floods. After the incident, I never look at the river the same way again.”

Earlier on July 23, 2018, a part of Xe Pian-Xe Nam Noy dam collasped after the deluge of rain and sended a high wave of floodwater down Xe Pian River, destroyed six villages and inundated more than 55,000 hectars of land down the river in Laos and Cambodia.

According to the official record of Lao authorities, the dam disaster claimed 40 lives, caused more than Bt3 billion in economic damage, and displaced more than 4,000 people. That is the official tally. However, unofficial estimates place the death toll at over 100, as many people remain missing six months after the deluge in the remote area.

Thoon Sithanon, Chang’s mother, says the flood completely changed her family’s fate. All of their property, belongings, and even the little money they had been able to save were washed away in the deadly wave.

They stayed in a tent at the Pindong camp, one of five temporary settlements for the flood survivors set up by the authorities. Lao authorities have not given the victims permission to move back to their former properties. However, Thoon says the quality of life inside the camp is poor; it is crowded, lacks clean water and the supply of food is inadequate, she says, and so her family moved back to the land where their home once stood.

“Our homes are gone. Our farms are gone and we have nothing left after the flood. But at least at our old home we have a better chance to survive, as we have the space to rebuild our house and we can access fish and clean water from the river,” she said. Even though they must start all over again to regain their livelihood, she insists her family will eventually overcome their struggles.

As for Chang – he said his life has changed drastically after the disaster. His responsibilities towards the family have increased. He now works to find food and earn an income to help his parents. “I have to overcome my fear of the river and help my father fishing,” he said. “Now, I am no longer afraid of the river.” But he admits that now he has a deep fear of fast-rising floodwaters.

He, however, clings to the possibility of a better life.

“My hope now is to help my family rebuild our lives,” he said, “but I still have a dream that I can go back to school and further study at university one day.”

This is the second in a series of reports on the fallout of the disaster at the Xe Pian-Xe Namnoy dam in southern Laos. The next report, on January 28, will focus on the continuing physical and emotional scars endured by the victims of the dam disaster.