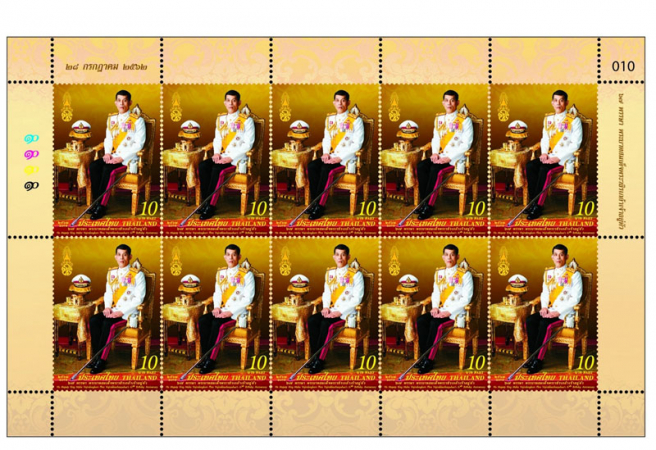 The Bureau of the Royal Household has officially announced the schedule for the 67th Birthday Ceremony for His Majesty the King.

On Sunday (July 28) at 10.30am, Their Majesties King and Queen will travel in the royal vehicle from Amporn Satan Residence, Dusit Palace to Amarindra Vinichai Hall in the Grand Palace.

His Majesty King Maha Vajiralongkorn Phra Vajiraklaochaoyuhua will sit on the Budtan Kanchana Singhasana Throne under the Royal Nine-tiered Umbrella. After opening the curtain, the officials will hold up golden flowers to signal the royal army to pay respect and the Marching Band will perform the Thai Royal Anthem. The army, the navy, and the air force will fire 21 canons. Her Majesty the Queen and members of the royal family will be granted an audience before Her Royal Highness Princess Maha Chakri Sirindhorn presents the blessing speech followed by the Prime Minister, the Speaker of the House of Representatives, and the President of the Supreme Court. His Majesty the King returns the wishes. 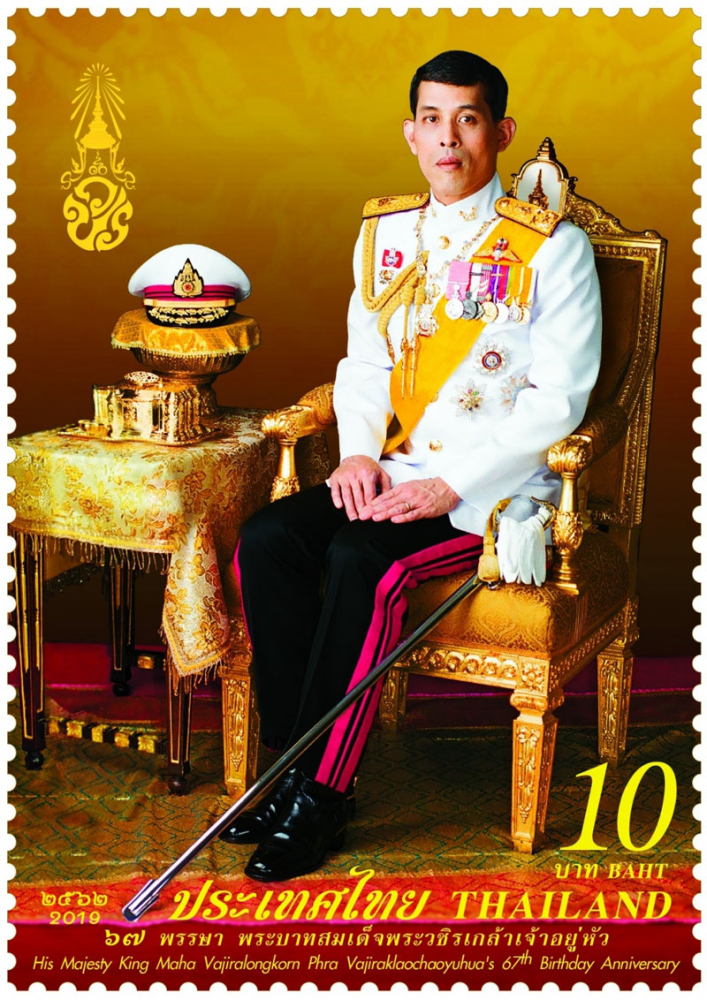 At 5pm, Their Majesties the King and Queen will go to the Emerald Buddha Temple at the Grand Palace from where they will grant new titles to the ranks of Chinese and Vietnamese priests. This will be followed by chanting. The King grants auspicious objects to 68 honorable seniors and then presides at the Amarindra Vinichai Hall over a religious ceremony led by His Holiness the Supreme Patriach and monks.

The public are urged to pay their respects from 9am to 5pm at the Royal Household Bureau.

On Monday, July 29 at 10.30am, Their Majesties the King and Queen will go to Baisal Daksin Throne Hall to pay respect to the Buddha image, Phra Siam Deva Dhiraj, and offer food to monks. His Holiness the Supreme Patriach will give a Buddhist teaching and blessing. 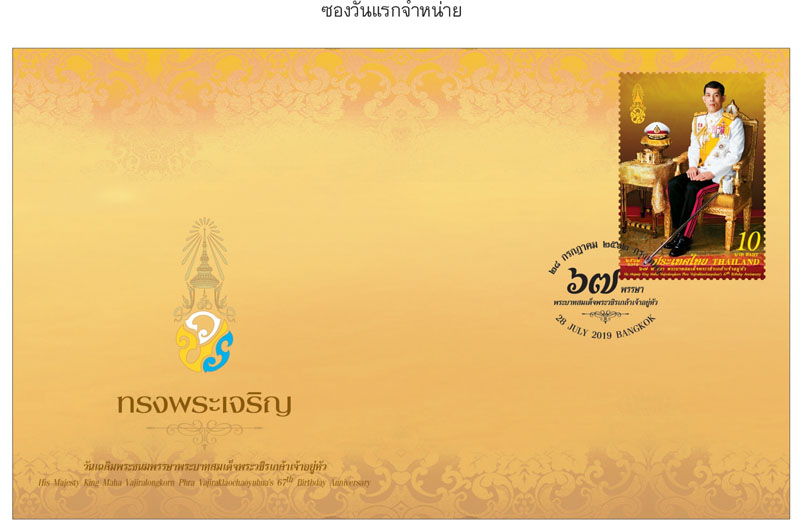 To mark the auspicious occasion of the 67thBirthday Ceremony, ThailandPost is issuing a special designed stamp using lithography to screen on gold foil the Royal Emblem of King Rama X with the price of “Bt10” and “Thailand”. Each set has 10 stamps and is priced at Bt100 and the first edition will see one million stamps printed. They’ll be available on July 28. The special envelope costs Bt20 and is available along with stamps at all post offices nationwide and online via thailandpostmart.com

In addition, public are invited to visit the “Coronation Celebration” exhibition at the Grand Postal Office in Bang Rak district. Admission is free and the exhibition continues through the end of the year.