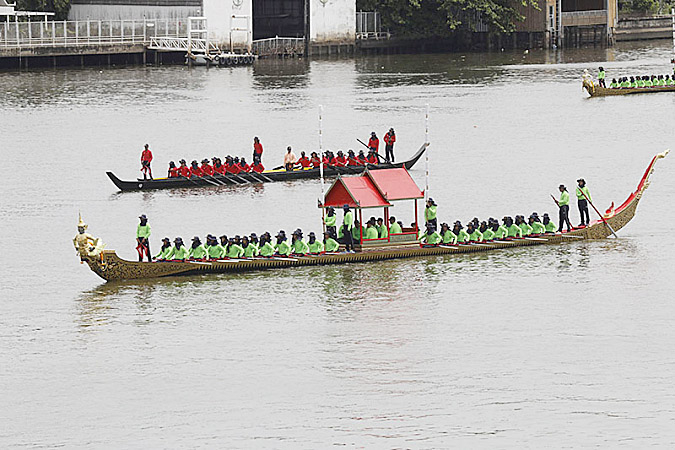 The rehearsal of the Royal Barge Procession / Nationphoto Prasert Thepsri

On August 6, the navy rehearsed its second, third, and fourth royal barge groups, comprising 24 vessels, along the Chao Phraya River. On Thursday, the full rehearsals will take place with 52 barges, aside from the four main royal barges, with around 2,200 oarsmen. 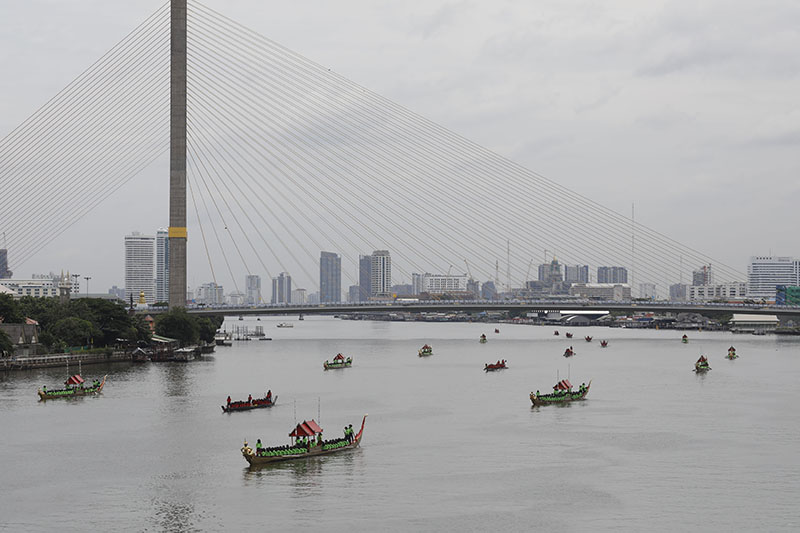 The navy said that the river traffic control area will extend from Thon Buri Bridge in Bang Phlat district to Mon Canal in Bangkok Yai district. The rehearsals will be held from 6.30am to 3pm. 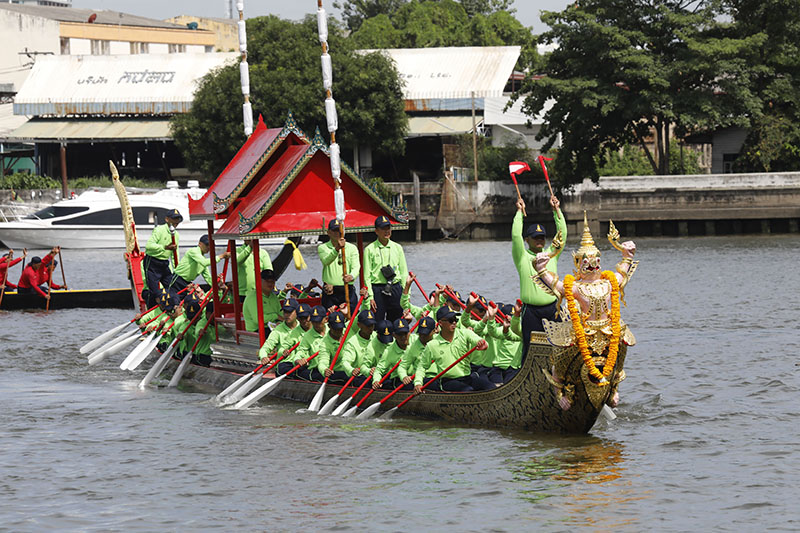 The Royal Thai Navy has called on all vessels in this area to be vigilant and move slowly during this period, as waves could affect the rehearsals. As for passenger ferries, services have to be halted until the barges pass or the ferry captions wait for a signal from officials to resume services.

During this time free shuttle buses will run from the Pinklao Bridge pier to the Phra Chan and Maharaj piers.