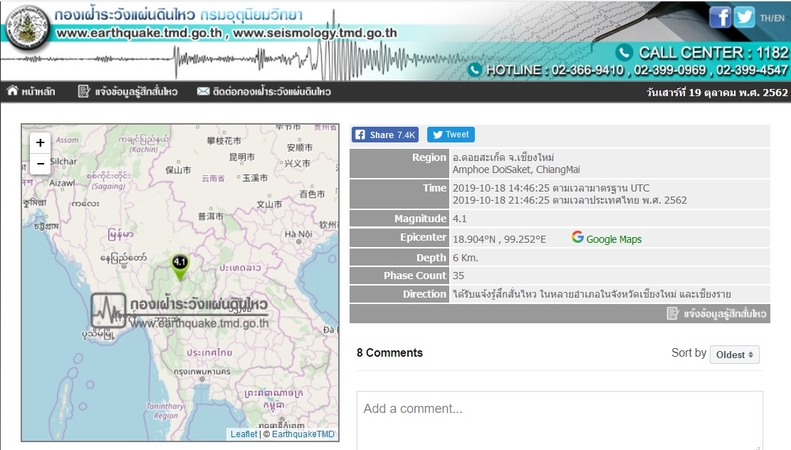 A 4.1-magnitude earthquake was reported at a depth of 6 kilometres on Friday night (October 18) in the Doi Saket district of Chiang Mai province in Northern Thailand.

The Earthquake Observation Division of the Thai Meteorological Department said the quake occurred at 9.46pm and its epicenter was 15 kilometres east of downtown Chiang Mai.

The division reported that the quake was felt by locals for a short time and that residents of the adjacent districts of Sankampaeng, Sansai, Saraphee also felt the earth shake.

After the quake, Chiang Mai governor Charoenrit Sanguansat ordered officials to check for damage in high-rise buildings such as Maharat Nakhon Chiang Mai hospital, and later reported that the situation had returned to normal. The checks ascertained that there was no need to evacuate patients from the hospital.

There have been no reports of damaged buildings, roads, dams or casualties.