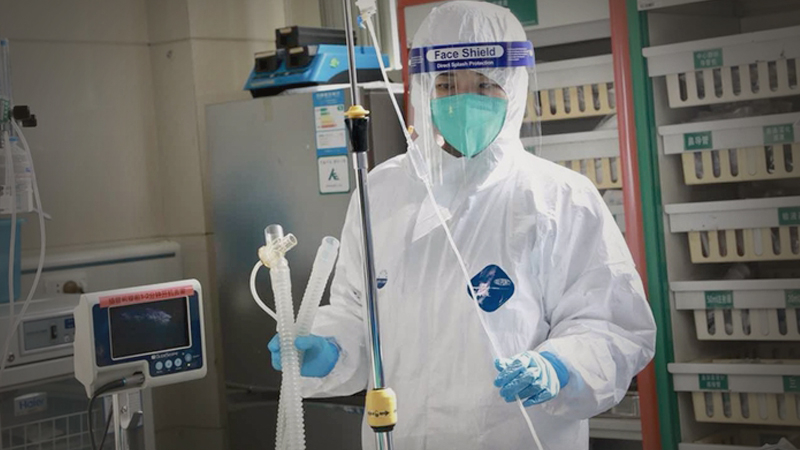 BEIJING - Nie Mingtao arrived at Wuhan Union Hospital's tumor center on Feb. 9, hoping to continue with chemotherapy treatment for the late-stage lung cancer that left him unable to eat or sleep.

When Nie arrived, paperwork in order, a doctor apologized and turned him away: The hospital was emptying its cancer ward to make room for patients suffering from the coronavirus that was ravaging Hubei province, said his son, Nie Wenjie.

A month into its battle to contain the outbreak, China is overseeing an unprecedented triage on a national level by scaling back or suspending public health services for patients with ailments unrelated to the epidemic.

Within Hubei province at the outbreak's epicenter, hospitals are so overwhelmed by the disease that they lack manpower or beds to treat nearly anything else. Beyond Hubei, hospitals from Chongqing in the southwest to Beijing in the north are choosing to shutter departments and reject patients seeking surgeries, kidney dialysis, diabetes medication and help for a variety of other conditions in an all-out effort to minimize the chance of virus transmission.

A United Nations program said this week that one-third of Chinese living with HIV say they are at risk of running out of antiretroviral medication and that many don't know how they can get their next refill.

"This is not right," said Nie Wenjie, 28, this week from his rural village in northern Hubei as he watched his father heave and moan, his condition worsening. "All the lives not touched by the coronavirus - are those lives not worth saving?"

As the outbreak's second-order effects ripple across China, the breakdown of the health system is posing a logistical and ethical challenge for the government. Chinese social media has been flooded by so many pleas under the hashtag "#NonPneumoniaPatientSeekingHelp" that authorities this week began censoring posts. Although nationwide statistics are not available, families and networks of volunteers who monitor such cases say there are cases of patients dying at home because they cannot access timely care.

In phone conversations with The Washington Post, six families with sick relatives across China described their frustration as the country mobilizes a vast operation to combat an epidemic its leaders consider their public health and political priority. Some individuals asked their full names to be withheld in full or in part because of privacy reasons.

One western Hubei family was near collapse seeking aid for their week-old baby, whose blood disease case was being rejected by hospitals. A man from Inner Mongolia rented an apartment in Beijing and walked to a hospital every day for weeks to check if doctors would operate on his father's tumor. Another woman in the capital who was on the verge of kidney failure pleaded for help with operators on several city emergency hotlines, who said there were no facilities that could provide dialysis. She was admitted to a hospital on Tuesday only after she aired her case online and volunteers came to her aid.

"I'm not saying there should be equal weight between epidemic patients and everyone else, but why not set aside a few more hospitals for non-fever patients?" Nie Wenjie said.

"To avoid 1 percent chance of infection, are we choosing 99 percent chance of so many people suffering?" Liu said. "To create a situation that exacts a greater human cost than the virus itself - that would be the greatest regret of all."

Hospitals, including in the United States, have been known to turn away people visiting patients during influenza outbreaks. Hospitals worldwide also seal off wards when transmissible diseases break out inside, such as during the severe acute respiratory syndrome (SARS) epidemic in 2003. But public health experts say the phenomenon of hospitals across a country rejecting large numbers of patients as a precautionary measure is rare.

"I've never heard of this happening as a precaution," said Eric Toner, a senior scholar at the Johns Hopkins Center for Health Security who has advised U.S. governments and hospitals on preparedness for catastrophic events.

Officials at the World Health Organization have mostly praised Chinese leaders for taking "decisive" measures that few other governments would have been able to take.

In late January, authorities locked down Hubei, effectively shutting off 55 million people from the outside world. Cities have rolled out draconian measures such as suspending vehicle traffic, limiting the number of days that residents can leave their homes, and closing hospitals - steps national health officials say are proving effective in minimizing contagion.

The government, meanwhile, has repeatedly asked the public for its sacrifice and forbearance. Chinese leader Xi Jinping often calls for a "people's war" against the virus, and state media refer to the containment effort as "zhanyi," a Chinese pun that is a homophone with "military campaign."

"Since the onset of this epidemic, the Chinese government, putting people's health first, has done its utmost to make sure every patient receives timely treatment," Foreign Ministry spokeswoman Hua Chunying told reporters this month. "At the same time, we have seen so many touching stories of people sacrificing themselves for the greater good."

Chen Xuanyi, a graduate student in Australia who is part of a network of 30 volunteers trying to lobby hospitals to accept people seeking medical attention, said she has compiled a list of 175 sick patients across China who have been turned away from hospitals, but there are countless more who don't know how to use the Internet to ask for help.

Chen's colleagues call those seeking help, assess their condition and then connect the sickest with the few nearby hospitals that will still accept them. The patients often need dialysis or surgeries or urgent medication refills, Chen said, but many are refused because hospitals don't want to risk admitting patients or conducting invasive procedures that could leave them infected.

The group has gotten help for more than 40 seriously ill patients, but five have died at home while awaiting treatment, Chen said.

"We talk to people who are waiting two, three, four days while their condition steadily deteriorates," she said. At the end, she said, "they just run out of options."

With the clock ticking, many families with sick or dying say they face an array of obstacles. Week-old An An in southwest Hubei was suffering a blood disorder that needed an advanced hospital's attention, her father and grandmother said.

Large hospitals across Hubei were subsumed by the virus and had little capacity to handle special pediatric cases, they said. Authorities were offering to issue a special travel permit to leave the otherwise locked-down province, but hospitals in neighboring Hunan were wary of accepting patients from Hubei because they are seen as more likely to carry the virus.

"Does she have a week to live? A month? A day?" said An An's grandmother, Zhao Yulong, taking over the speakerphone after her father, Wang Hongbin, broke down with emotion.

The family has been watching the baby doze around the clock. They celebrate when she opens her eyes.

"We are waiting and taking care of her as best as we can," Zhao said. "We only know that she is showing a strong survival instinct."

The circumstances have forced many Chinese to turn to remote consultations. Ping An Good Doctor, a Shanghai-based company owned by the Ping An insurance giant, said patients have used its smartphone app to talk to doctors 1.1 billion times since the epidemic began, and average daily consultations are nine times as high as usual.

Still, the calls do little to soothe anxious patients.

After being diagnosed Feb. 15 with a five-inch tumor on her liver, a 27-year-old woman surnamed Liu said she was told by a doctor to travel urgently from the outskirts of Wuhan to the city center to seek a surgeon. A day later, her friends arranged a ride with one of the few designated drivers still allowed on the streets, and Liu arrived in downtown Wuhan only to discover that surgical departments were closed.

In the days since, she has phoned doctors about whether the tumor is malignant, Liu said.

"That only lessens the psychological affliction a little, but it does nothing about the underlying physical condition," Liu said from her sister's Wuhan apartment while she waits for oncology departments to open. "I still feel helpless."

Authorities this week began censoring patients seeking help on social media and instructed them to contact government hotlines instead of making their pleas public.

The nationwide triage and anger among some patients has become a politically sensitive issue, said Yanzhong Huang, who studies the Chinese health system at the Council on Foreign Relations.

"When you frame the issue as an existential threat and use war slogans, it might lead to extraordinary measures that have unintended consequences," Huang said. But when ordinary Chinese hear stories of people being denied medical care, he added, "people might say, 'This is ridiculous.'"

Suffering with advanced kidney cancer, Yu Hongwei was one of the patients discharged by Wuhan Union Hospital's tumor center on Jan. 25, just as he was about to enter surgery, to make way for coronavirus patients. Doctors apologized and said it wasn't their decision, Yu's sister Hongyan recalled.

Back at home, Yu's skin turned yellow as his pancreas failed. He vomited what little he ate and was kept alive by a nutrient drip. After a week of petitioning online and volunteer networks lobbying for Yu's case, a smaller district hospital in Wuhan agreed to admit Hongwei. A surgeon from Wuhan Union rushed over to operate on Tuesday.

A day later, a relieved Yu Hongyan told The Post that what saved her brother was the kindness of volunteers and doctors, and a hospital that bent its rules, after Wuhan's health system-at-large broke down.

"We never gave up," she said. "We had to beg for help online, because there was no other way."

For one family at center of coronavirus crisis, a death, stress and fight for a hospital bed

In China's virus-hit heartland, fear and loathing on the road to Wuhan