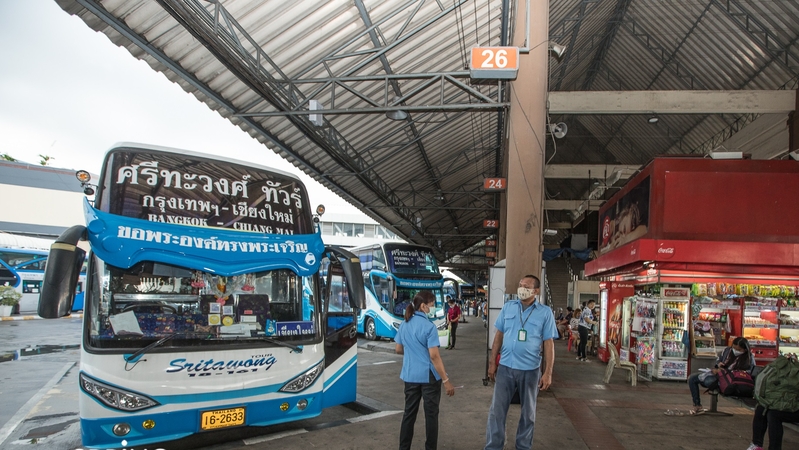 More people are using inter-provincial buses after the government eased its lockdown, which has allowed the Department of Land Transport to restore several bus routes, director-general Jirut Wisanjit said on Sunday (May 24).

“Although some long-distance services are still not in operation to comply with the nighttime curfew, many inter-provincial routes of around 300 kilometres are open and have seen more commuters,” he said. “The department will gradually add buses to facilitate increased use and maintain social distancing.”

After emergency was clamped across the nation (March 26-May 1), the number of passengers decreased – 472,212 per day from Bangkok to surrounding provinces; 4,088 from the capital to other provinces; 5,612 on inter-provincial routes and 2,156 intra-provincial passengers.