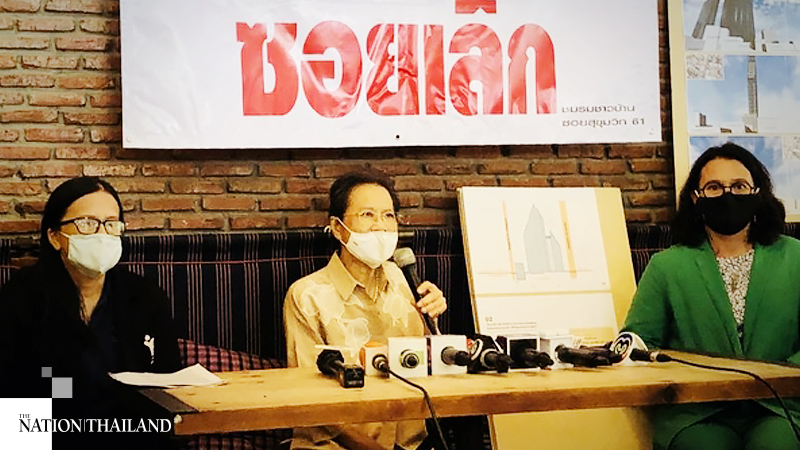 People living in Bangkok’s Ekkamai area gathered on Monday (May 25) to voice their opposition against plans to construct a 43-storey building called “Impression Ekkamai” on Sukhumvit Soi 61, and raised concerns about safety and traffic problems the project would create.

The gathering, led by Khunying Jada Wattanasiritham, was held at the Counting Sheep café in Sukhumvit Soi 61.

Khunying Jada said the construction of buildings taller than 23 metres or seven to eight storeys were banned in Sukhumvit 61, yet the 43-storey Impression Ekkamai had been granted permission.

“This project causes me worry from several aspects, whether other houses in the area will continue getting sunlight, if the wind direction will change, whether the building will have a proper fire-extinguishing system and if its positioning will cause traffic jams in the future,” she said.

Khunying Jada added that she and other residents had reported this issue to the government many times, and had been invited to speak to several officials tasked with studying environmental impact in the capital, yet their problem has not been solved.

“This problem is not of the Ekkamai community, but that of other communities in Bangkok,” she added. “We need justice and it can be delivered as Impression Ekkamai is still waiting for environmental impact assessment results.”

Resident Malina Pansatian said Sukhumvit 61 is a narrow alley with many small houses and if there is a fire in the skyscraper, then fire trucks will find it difficult to get to it.

Complaint and Legal Assistance Centre’s chief, Naruemol Mekborisut said 64 communities across the city have filed appeals against the illegal construction of skyscrapers. 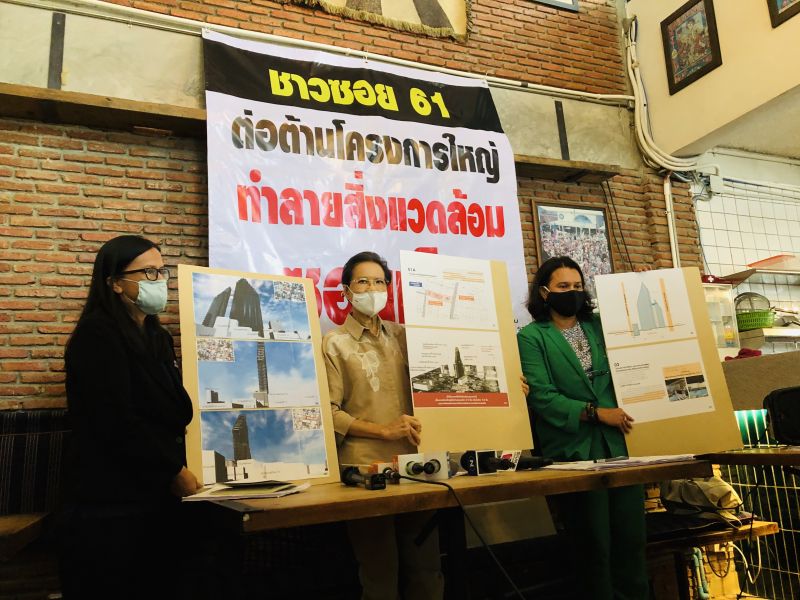