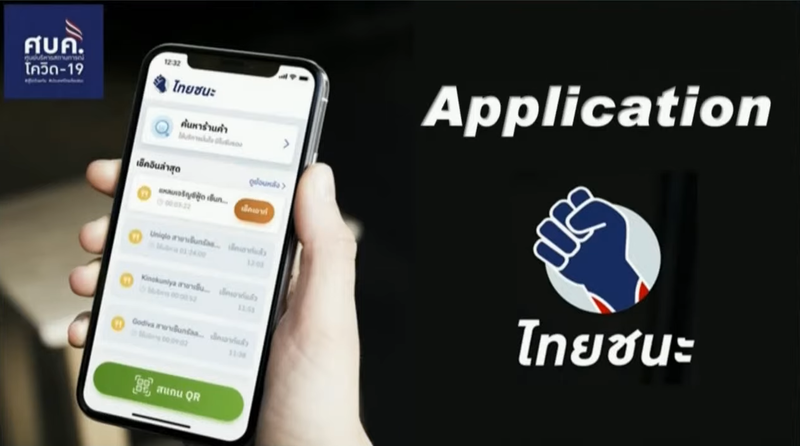 Eighteen-and-a-half million people have used the new ThaiChana smartphone app to check in and out of 133,694 venues across the country, Polawat Witoolkollachit, inspector-general at the Digital Economy and Society Ministry, said on Monday (June 1).

The app version of the platform had been downloaded by 125,773 smartphone users, while users of both the old platform and the app had checked in and out of venues about 90 million times. The app was developed after shops and users complained that people were neglecting to check out of venues, negating the platform’s effectiveness as a tool for social distancing.

“After we launched the application version, the check in and out ratio increased from 56 per cent to 92 per cent,” said Polawat.

With interprovincial travel allowed again after the third phase of lockdown easing, Polawat asked restaurants and convenience stores in filling stations to register for ThaiChana so the government can collect people’s travel history to trace potential Covid-19 outbreaks.

Meanwhile, he cautioned users that spam received via Apple’s iMessage system is not related to ThaiChana, adding that data from the platform was managed by the Department of Disease Control.

“The iMessage system is different from the SMS system because iMessage can send messages via the internet without using a telephone number, so we urge Apple to solve this issue as soon as possible,” he said. “We advise people to delete such messages and report them to Apple Inc.”

He confirmed that the Android version of the ThaiChana app only recorded check in and out information, adding that the iOS version would be available for download soon.