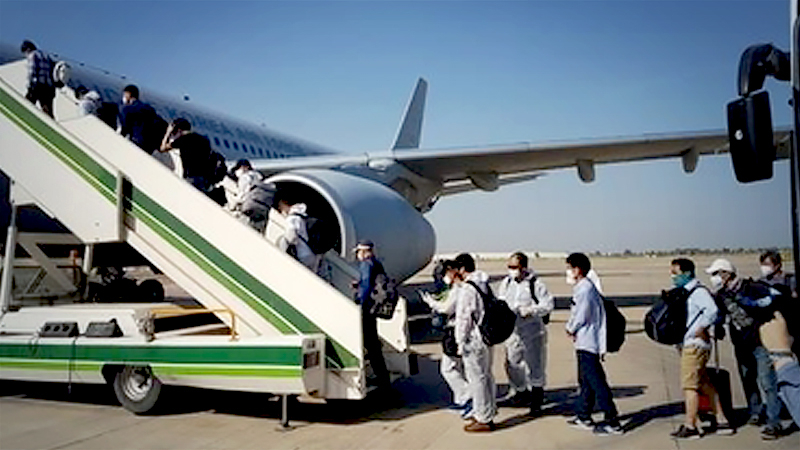 South Korea will seek ways to extend stay permits for foreign workers here in a bid to relieve labor shortages in farming and other areas in light of the COVID-19 pandemic, the prime minister said Wednesday.

"(The government) will push for measures to lengthen the stay permits for foreign laborers and temporarily allow them to work in farming villages and so forth," Prime Minister Chung Sye-kyun said during a regular government virus response meeting.

Chung cited labor shortages reported in farming villages as one of the reasons for the envisioned measures.

"In the wake of COVID-19, farming areas are facing severe labor shortages ahead of the upcoming harvest season," he noted.

The minister said many foreign workers are now unable to return home, despite their expired stay permits, due to their home countries' lockdown or cancellation of flights. If those workers' stay permits are extended, they can get seasonal jobs or work in farming houses, Chung said.

South Korea also plans to step up quarantine measures on sailors coming from Russia and other countries that are in Seoul's list of nations subject to tougher quarantine, the prime minister also said.

In line with new measures, sailors from Russia and the designated nations will be required to submit health certificates proving they have tested negative for COVID-19 on a polymerase chain reaction (PCR) test when entering South Korean soil, he said.

South Korea has so far reported nearly 90 imported cases tied to Russian ships docked in the country since June. It has placed six countries -- Bangladesh, Pakistan, Kazakhstan, Kyrgyzstan, the Philippines and Uzbekistan -- on the list of such high-risk countries in an effort to contain imported cases.

This week, the government also plans to airlift some 70 more Korean workers from virus-hit Iraq, the minister said.

If completed, this marks the third time South Korea has flown planes to Iraq to bring home its nationals from the Middle Eastern country where the infection caseload is spiking. Nearly 400 Koreans, mostly workers in Korea-run construction sites in Iraq, came home in the two previous evacuation missions. (Yonhap)